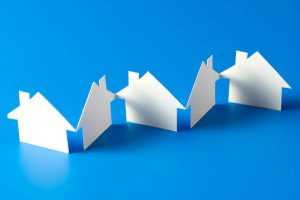 It’s only been a week since Chancellor Rishi Sunak announced the stamp duty land tax (SDLT) holiday in England and Northern Ireland. Yesterday, the announcement was made that a similar holiday would also be applicable to the Welsh housing market. However, looking to the future, some professionals believe this holiday could do more harm than good.

Tom Bill, from Knight Frank says that SDLT has now clearly become “unsophisticated” in the sense that disincentivises spending.

During Knight Frank’s review of the market, Tom Bill wrote:

“We are now in a position where the two central London Boroughs of Westminster and Kensington & Chelsea provide as much stamp duty revenue as the counties of Buckinghamshire, Hampshire, Kent and Hertfordshire combined – none of which are known for low house prices. That doesn’t feel like a particularly sophisticated approach.”

Querying what the future would like like on 1st April 2021, when the SDLT holiday has ended, he wrote:

“What will happen at the end of the [stamp duty] holiday? You know how inactive you feel after two weeks on the beach, and the property market could prove equally lethargic in Q2 next year.”

That lead to the question of what can be done to ensure the government maintains a steady stream of reliable income from the housing market.

Tom talks about a reform to council tax. This would be a steadier stream of reliable income, as opposed to SDLT which waxes and wanes with the housing market.

He admits that reforming council tax would be a “tough undertaking”. However, with the SDLT holiday now coming into force for the next eight months, Tom says:

“Now feels like the right time to tackle it.”