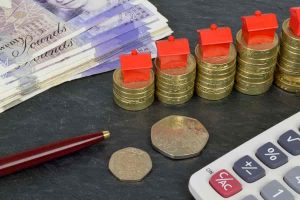 As the country gears up for the second general election in as many years, an array of property sector organisations have made their manifesto wish lists. Unfortunately, the vast majority of issues have been omitted from many Party manifesto pledges.

The Intermediary Mortgage Lenders Association (IMLA) is ‘urging the next government to focus on fixing the challenges facing the housing market.’

In particular, IMLA feel the Financial Policy Committee’s mortgage stress test needs re-evaluating as the current Standard Variable Rate (SVR) plus 3% is perceived to be overly cautious, potentially blocking lower income buyers from purchasing a property of their own.

IMLA have also called on the Government to increase the efficiency and speed of house building with more insight needed into the types and designs of property being built.

Changes to shared ownership were also deemed as important considerations with IMLA claiming the new 1% incremental staircase increases potentially proving to be costly for consumers.

Stamp duty has been an issue discussed extensively in the sector with IMLA’s desire for regulatory change coinciding with the wishes of the Association of Residential Letting Agents (ARLA) and the National Association of Estate Agents (NAEA).

The organisations agree that SDLT needs reforming to help unblock the housing sector and reduce the barriers to home moving.

Digital logbooks for every property bought and sold is also high on the agenda.

More so than anything else, ARLA is looking for more landlord protections putting in place with 3% surcharges on additional property, the replacement of discretionary licensing schemes with annual property MOTs, reformed court systems and the lifting of local housing allowance caps considered important to the success of the buy-to-let sector.

“We’ve had 18 housing ministers in 20 years, but the structural challenges facing Britain’s housing market remain unsolved. Tackling the key issues around affordability and supply must remain a central part of the next government’s plan.

“IMLA is calling on the next Government to put real focus and resources into solving the issues plaguing our housing market.

“We need the Government to work with the industry to decide what happens after Help to Buy ends. We need to address the problems of affordability and supply. We need creative ways to get young people onto the ladder without being dependent on the Bank of Mum and Dad. We need to champion the crucial role the buy-to-let (private rental) sector plays in Britain’s housing market.”

“For far too long, successive governments of all political persuasions have been trying to find legislative solutions to individual problems rather than looking at the root cause of most issues affecting the PRS. This is why landlords and agents do not know what their legal obligations are.

“The fundamental call in our manifesto is to regulate the industry so that there is a clear benchmark of knowledge that every agent must achieve in order to practice. Once this is achieved, we will no longer need the plethora of obscure complicated and un-enforced legislation that has flooded out of successive governments for the last twenty years.”

What is on your property sector election manifesto? What should the future Government change to help the sector thrive in the future?