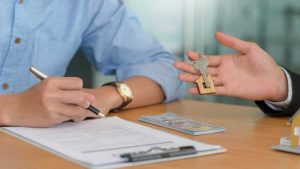 Last month, a Stamp Duty Land Tax (SDLT) petition was launched by Christopher Holland, who wants the current SDLT holiday to be triggered upon exchange of contracts.

Launching his petition, he wrote:

“People are finding themselves becoming trapped in a scenario whereby house prices are much higher, and at the same time they will now miss out on the stamp duty holiday. People are being financially punished from both sides, this from a policy that was designed to do the exact opposite.

“Exchanging contracts is exactly what it says. A contract, a legally binding agreement, to purchase a house often with an immediate 10% deposit being paid. So why shouldn’t you benefit from the stamp duty holiday being triggered at that moment of exchanging contracts, rather than at the point of completion? This will allow in particularly new build buyers, with continuous building delays due to Covid-19, to benefit from this policy.

The petition is approaching the 8,000 signatures and needs to reach 10,000 for the Government to respond.

We reached out to the Today’s Conveyancer LinkedIn group to see what those in the profession thought about this petition.

“I was actually saying this months ago in the run up to the first deadline so I’m pleased its being suggested.

“There is already a part in the SDLT return where you can enter the exchange date so presumably very easy to do. It would especially help with new builds/completion on notice/condition exchanges and ease the pressure for last minute completions as the deadline approaches.

“I’d be interested to hear of any downsides? I guess completion could in some cases be very much further down the line yet still benefiting from the holiday, unless capped?”

“I’m pretty sure this is the stance they took in 2015/16 and it worked okay, save for having to carry out exchanges up until 11pm the night before the deadline. I think Conveyancers should be informed of any decisions ahead of the game. Finding out the news at the same time as our clients doesn’t bode well for me.”

What are your thoughts?