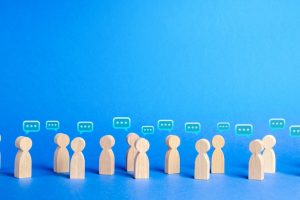 Yesterday, the Chancellor Rishi Sunak announced his budget, in which the cliff-edge of the stamp duty land tax (SDLT) holiday has been extended by another three months.

This adds further pressure, to an already pressurized system with conveyancers and other stakeholders working tirelessly to ensure Britain  keeps moving, with seemingly little regard for people’s mental health, and adding more strain to an archaic system which is struggling to cope due to the backlogs prolonging the process for all involved.

However, there was a surprising twist to the announcement as the Chancellor outlined a tapering of the holiday moving forward throughout the year. This was clarified in an official statement released by the government.

It is estimated by Rightmove that an additional 300,000 property transactions in England could benefit from the extended SDLT holiday, saving buyers an estimated £1.75bn.

There are an estimated 628,000 sales in total still currently in the legal process across Great Britain, including those that were agreed last year and those that have been agreed so far this year.

Below we can see how the industry reacted to the news.

“With consumer spending and home moving encouraged conveyancers can breathe a sigh of relief for volume commitments but now might be the time to increase conveyancing prices so that the staff can bring in the same revenue with lower volumes and less pressure.  The impact of all of this on conveyancing teams should not be discounted.”

“The budget announcement will receive mixed opinions across the industry. First of all I really feel for the Conveyancers on the front line of the job who have juggled home schooling and working from home in one of the busiest periods the market has seen in years. The light at the end of tunnel has seemingly got darker for them. It’s important the industry as a whole supports and looks after those who have done such a great job in difficult circumstances, that is why we launched our call for kindness campaign last week. We may well see a new bottleneck created by people looking to beat the end of June deadline, it will be interesting to see over the next few weeks if this brings a new wave of buyers and sellers. Business owners will be encouraged to see the chancellor has given added stimulus to the market to hopefully create a strong Q3 and the impetus added by the mortgage guarantee scheme should mean the market remains robust in 2021.”

“As always with matters affecting the housing market, the widely reported three-month extension to the Stamp Duty holiday has multiple implications and will affect different players in different ways.

“Buyers struggling to work through the conveyancing process will be rejoicing at the deferred deadline while Sellers can expect diminished urgency from the other side on their transactions, and may be forced into dealing fully with issues they were hoping not to have to bother with.

“Buyers and sellers will be hugely relieved at the potential stay of execution on deals that might have otherwise collapsed on 1 April.

“Estate Agents will be cheerfully contemplating the salvaged fees on deals that were in danger of failing, and will also be buoyed by the prospect of a continuation of the boost that the holiday had given to the market, but which was already petering out.

“Buyers that had been contemplating a transaction will now have up to 15,000 incentives to crack on with a purchase sooner rather than later and first time buyers in particular will have a strong reason to jump on to the ladder before it tips away from them again.

“Surveyors, lenders and others will be girding their loins for an extended period of being asked to do more, more quickly against the backdrop of lockdown restrictions and last but not least, conveyancers will be feeling that the rollercoaster ride of the last 11 months just took another sudden and largely unexpected turn, that left their stomachs far behind them.”

“Chancellor extends SDLT holiday for 3 months. No taper until after end of June when zero rate will rise to £250k until end of September before returning to £125k. Expect a surge of last minute deal seekers and more pressure on the industry.”

“Ironic, perhaps, that a delayed Budget should deliver a delayed stamp duty holiday deadline, which does little more than delaying the inevitable reality that awaits the market when the reprieve does finally end.

“Those brave enough to tackle the huge market delays already being seen should do so now as there are very dark clouds building in June. While a staggered return to normality is likely to reduce the impact of the current cliff edge, it’s still likely to bring a shower of transaction fall throughs and house price decline down on the market.”

“The Budget is fast becoming the government’s equivalent to Groundhog Day, full of headline-grabbing announcements to benefit homebuyers and fuel demand, with little to no intent on addressing the issue of supply.”

“The stamp duty holiday extension will be very warmly welcomed by homebuyers waiting to complete and currently stuck in the transaction pipeline due to market delays.

“The original stamp duty holiday is on track to save homebuyers an estimated £1.5bn and with the extension in place, this benefit should increase to £2bn with 360,000 transactions likely to benefit until the new June deadline.

“However, the rabbit out of the hat of this Budget is the welcome news that the minimum threshold will increase to £250,000 until the end of September, bringing a further saving and a softer landing as the market returns to normality. This equates to a further saving of £2,500 for those completing once the main deadline has expired.

“But with the holiday bringing such huge benefit to the market, surely it’s time for the government to re-evaluate the tax charged on home purchases on a permanent basis?”

Today’s Conveyancer has launched its Call for Kindness campaign which is imploring the sector to show kindness to one another during these tough times. With pressure only expected to mount, as more buyers become eligible for the SDLT holiday, the next few months are going to be tricky, but together we can navigate through this period.