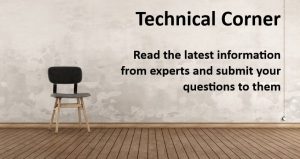 This is the first a series of articles intended to highlight some of the SDLT issues facing practitioners involved in property transactions.  The series aims to enable practitioners to understand where apparently innocent transactions are more complicated than initially presented by clients so that they know what additional information they need to ask clients and when to call in external experts.

As an eager tax partner in a law firm 15 years ago I was told off by Dawn, the head of marketing, because I had published several flyers with the tagline “FIRMNAME, where tax is fun.” Today my tag line would be “Ask a specialist, because tax is frightening”.

It is not uncommon for conveyancers to delegate completion of the SDLT return to paralegals who rely solely on the contract and completion statement.  Neither conveyancer nor paralegal realising that they are giving complex tax advice (which can not be excluded in the retainer letter) on incomplete information.

SDLT has followed a similar path to VAT.  1972 Anthony Barber, the chancellor, announced in the House of Commons the imminent arrival of VAT which he described as a ‘simple tax’.  By 2001 the increasing exemptions, exceptions and exceptions to exemptions lead to Lord Justice Sedley in the supreme court saying: ‘Beyond the everyday world … lies the world of VAT, a kind of fiscal theme park in which factual and legal realities are suspended or inverted.’

When Gordon Brown, as chancellor, first announced SDLT he called it “a simple tax” which would “not be a burden on commercial transactions”.   18 years later, however, Parliament has succumbed to various pressure groups to extend the number of reliefs to 49 whilst imposing additional rates to deter ownership of more than one property and ownership by non-UK residents.  Each relief comes with a myriad of conditions and practitioners need to satisfy themselves that the transaction in hand is not linked to other transactions with anyone connected with the purchaser or seller.

In tax matters the best starting point is to get all the relevant facts and then read the legislation and apply the law.  It is common practice, however, for clients to only offer information they feel is relevant and for practitioners to take a short cut of either “what did I do last week” or “what do the HMRC manuals say”.  Practitioners need to ask all relevant questions to tweak out the true situation.  They also need to be aware that HMRC manuals are opinion and not law.  HMRC have even argued against its own manuals in the tribunals and stated that they have less relevance than standard text books.

HMRC have conducted a very efficient “Project Fear” in relation to tax mitigation – blurring the line between legitimate tax minimisation, legal tax planning and tax evasion.  So much so that most practitioners prefer to allow their clients to pay the maximum amount of tax, rather than the correct amount of tax, so that they can avoid criticism by HMRC.  This is neither sensible nor safe.

Not only does this mean that many legitimate reliefs are not even considered (estimates of overpaid SDLT vary between £2BN and £3BN per year) but transactions may fail unnecessarily due to lack of finance.  Failure to claim these reliefs may result in PI claims against you in due course.

To comply with the law and act in the best interests of your clients you need to educate yourself on the available SDLT reliefs and their associated conditions or buy in the expertise to deal.

Over the next few articles I intend to cover how apparently straight forward cases be hiding real issues, and what you need to ask the client to avoid these risks.

Roger Bindschedler is a technical tax specialist at SDLT Compass