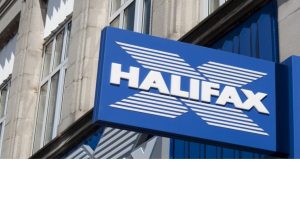 Average house prices in the UK are now at a record-breaking high as Halifax records fastest growth in 14 years.

The latest Halifax House Price Index reveals that after three months of decline, the average house price now stands at a record breaking £267,587, 7.4% higher than this time last year. The report also shows that the month-on-month growth for September has risen at its fastest pace since 2007, with a 1.7% increase on August prices.

The end of the Stamp Duty holiday in September as well as changes in work and living circumstances for many following the Covid-19 pandemic, have fuelled rising prices. Average prices for detached and semi-detached houses have risen the fastest at a growth of 8.8% and 8.9% respectively, compared with 6.1% for flats and apartments, indicative of current buyer wish-lists that include a work from home office, more space and a garden.

Russell Galley, managing director of Halifax, commented on the report:

“While the end of the stamp duty holiday in England, and a desire amongst homebuyers to close deals at speed, may have played some part in these figures, it’s important to remember that most mortgages agreed in September would not have completed before the tax break expired. This shows that multiple factors have played a significant role in house price developments during the pandemic.”

But despite the current financial challenges faced by many, Halifax predicts that house prices will remain stable due to limited housing stock, low mortgage rates and increasing job opportunities as the pandemic starts to recede.

“A vicious cycle of low supply is putting upwards pressure on house prices as we enter the final quarter of the year.”

Comment from around the sector focuses on the continued demand post-SDLT holiday, which provides some reassurance around any risk of a slump in transactions. Of more concern is the supply side, where numbers have continued to fall month on month.

“Although the second phase of the stamp duty holiday continued to offer a notable saving for a great deal of homebuyers, we simply didn’t see the same mass panic to complete ahead of the deadline that had previously gripped the market. So it’s unlikely that the buoyant conditions that we’re still seeing are solely a result of the holiday itself.

While there will no doubt be some form of erratic price movement on a month to month basis until the market settles down for good, we don’t expect the removal of this tax incentive to significantly impact the market at any level.”

The report shows that house prices in Wales had the strongest growth in the UK at 11.5% in September with average prices sitting at £194,286. Scotland also outperformed the UK national average, with a growth of 8.3%, equating to average house prices of £188,525.

In England, London continued to perform poorly against other regions with just a 1% growth, and was the only region or nation to record a fall in house prices over the latest rolling three-monthly period (-0.1%). The South West however remained the strongest performing region in England, with annual house price growth of 9.7%.

The weakest performing regions in terms of annual house price inflation are all to be found in the South and East of England, though it should be highlighted that these are also the areas with the highest average house prices. Eastern England grew by 7.2% and the South East by 7%.

Home ownership was a central tenet of Boris Johnson’s conference speech in which he outlined £6.4bn investment in “building back better” to enable more opportunities for home ownership amongst those who have been hit hardest by rising prices.

The Halifax House Price Index can be accessed here.