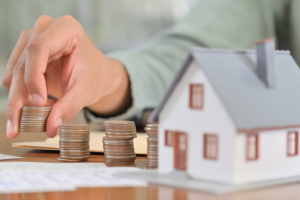 The Chancellor’s Spring Budget last week was probably one of the most anticipated for a long time, as people waited for the news to see not only how the UK would begin it’s economic recovery following the coronavirus pandemic, but what stance the Chancellor would take on the property industry and the stamp duty land tax (SDLT) holiday.

What were the key concessions outline in the budget for the property sector?

Addressing Parliament, the Chancellor revealed that the housing sector supports half a million jobs, and as such:

Rightmove revealed that within half an hour of the announcement, the use of their mortgage calculator jumped by 85% and the overall traffic to their site increased by 16%.

“This three-month extension will come as a huge relief for those people who have been going through the sales process since last year and were always expecting to make use of the stamp duty savings. Our recent data shows one in five sales that were agreed in the same month the stamp duty holiday was first announced in July last year still haven’t completed, so this additional time will make a big difference to help those stuck in the logjam complete their purchase in time before the new end of June deadline.

“Buyers who have recently agreed a sale now have a race on their hands to see if they can also make use of the stamp duty savings, but many with purchases over £250,000 will find that time is too tight to complete before the end of June and so shouldn’t be factoring this into their purchase. It’s worth remembering that the average savings vary massively around England, and first-time buyers will still be exempt if they’re buying for £300,000 or less. There are also many other reasons people are choosing to move, evidenced by the strong buyer demand Rightmove has already seen in the first two months of the year.”

The House of Commons who held a virtual debate to discuss the online petition around the extension of the SDLT holiday which completely eclipsed the 100,000 signature threshold reacted to the announcement of the holiday extension.

“The Stamp Duty holiday announcement will come as a relief to petitioners, but the Government must also ensure that this relief is tapered off in a way which gives house-buyers every opportunity to complete their transactions without being penalised for events outside their control.”

Now we know the roadmap with regards to the property sector returning to normal, we wanted to find out from those in the sector how the ‘road to normality’ would affect the industry over the next eight months.

“The much anticipated SDLT holiday extension will come as a relief to both buyers and conveyancers alike as they raced to complete in time for the original deadline. There is something of a taper now, with a step down on the threshold before rates not returning to ‘normal’ on 1st October – this will go some way towards softening the cliff-edge approach for conveyancers who have already faced a year of feast and famine. However, there are still considerable challenges and risks during this holiday period and we remind conveyancers of our Advisory Note.

“We also see both the Help to Grow scheme and the new tax super-deduction as potential support for a sector that has demonstrated its willingness to embrace new technology. We encourage firms who are eligible to consider how they can use these schemes to help fund innovation and improve their productivity, customer service and ultimately their profitability.”

“The Chancellor has recognised the economic boost which an active housing market gives to the wider economy and we are pleased he is not bringing the support of stamp duty relief to an abrupt conclusion at the end of March. A tapered reduction to the relief which we have long advocated will help avoid cliff edges in October. The conveyancing sector does however face real challenges in meeting the likely volumes of transactions over the next few months but is ready to rise to the challenge.”

“Given the current time from offer to completion is around 14 weeks, house hunters who’ve yet to make an offer really only have two weeks to take advantage of the maximum stamp duty relief.

“There’s obviously a longer tapered period that applies to properties in the £125k to £250k range, so we can expect that part of the market to be busier than usual over coming months.

“The extension was hoped for by our brokers – 73% of them said they wanted it this week when we polled them – but come the summer, they’ll probably need a good rest too as things have been extremely busy for months now and it’s not looking like slowing down for months yet.”

“The three-month extension is great news and will be welcomed by many. But in reality, the tapering element is still likely to cause a significant rush by buyers to secure mortgages and properties. It’s like trying to abseil down a cliff with a short rope. The problem is there’s still a long drop when you’ve run out of rope.”

“Extending the existing stamp duty holiday to the end of June will bring relief to anxious homebuyers up and down the country who, through no fault of their own, were facing a bill of several thousand pounds they hadn’t budgeted for – or worse, their transaction falling through.

“In tapering the holiday, the Chancellor has rightly acknowledged the vital role of the housing market in keeping the economy moving over the next few months, while the vaccine roll out is completed. The world will be a very different place in October, which will be the right time to withdraw this measure.”

“Stamp Duty has been paused since July 2020, and it can certainly be said that it has had a positive impact on the housing market this past year. Along with demand for properties shifting from proximity to cities to spacious properties in more rural locations, the promise of not paying the often-hefty Stamp Duty has left people rushing to buy a new property to take advantage of it while they can.

“In fact, according to recent data from the Centre for Policy Studies, the Stamp Duty holiday has increased the number of property sales by 140%; from 132,090 in pre-Stamp Duty Holiday (between April and June) to 316,300 in the final quarter of 2020. This marks the highest increase in sales since 2007.

“Now the Stamp Duty Holiday has extended to June 30th, we no longer expect the housing market to drop off between April-June, and instead predict a steady rate of high house prices and mortgage applications until the end of June.”

“The stamp duty holiday has certainly been a factor in rising instructions over the last year but it’s not the only motivator for people looking to move house. Although it’s tempting to save some money on your purchase, I think that people would have and will continue to buy property regardless of the announcement which stated that the holiday will be extended to June 30. For this reason, we believe from a conveyancing point of view that the next year will continue to be busy.

“In terms of current transactions, the announcement relieves some pressure for us in the initial instance, but this will build again as we near the new deadline – which doesn’t do much to help conveyancers in terms of the challenges they’re facing. This February, we saw an increase in inbound emails of 30% and around the same in terms of phone call as we neared the initial deadline of March 31.

“Following the Chancellor’s budget and stamp duty holiday extension to June, what we do have to be mindful of is setting client expectations. Although the deadline might offer some peace of mind to those almost across the line, those only just instructing their solicitors shouldn’t rely on completing before this new date. Throughout the pandemic, the industry has experienced delays in all areas, meaning completion can take longer than the average of 12-16 weeks. It’s important for us to communicate that to our clients going forward.

“What’s also likely to drive instructions is the reintroduction of 5% deposit mortgages, appealing to a huge proportion of first-time buyers who might have previously struggled to meet the 15-20% that has been required by many lenders over the course of the last 12 months.”

“Overall the Budget gives hope for the UK’s recovery. The stamp duty holiday extension will be welcome news to those buyers caught up in the home buying process and who may have otherwise missed out on a saving, and the element of tapering between June and September will also be welcome to a number of new market entrants.

“However, in the medium-term and beyond October, we would like to see wholesale reform of this tax, as stamp duty outside of the current holiday is a barrier to people moving home, and it shouldn’t be. Facilitating mobility is especially important to the UK’s recovery as we move out of the Covid-19 lockdown and people find themselves needing to move due to job changes and other important life stage reasons.

“Home moves should be encouraged, not least because each transaction acts as a catalyst for wider consumer spending in the economy such as on soft-furnishings, new kitchens and bathrooms in the second-hand market, and a host of tradespeople. Recent research puts the net contribution each housing transaction makes to wider GDP spending at a significant £9,500.

“Historically stamp duty was not a significant contributor to Treasury coffers, but it became more onerous from the mid-1990s onwards, and a 10% and 12% band was introduced for higher value homes in 2014. Stamp duty is also inconsistent with other property taxes and schemes, particularly when it comes to the new Help to Buy regional caps, and the upper threshold value of properties under the new mortgage guarantee scheme. Simplicity is to be strived for.”