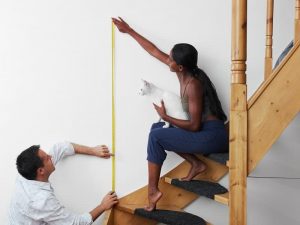 The SDLT holiday “experiment” has worked and should not stop now, says a report by the London School of Economics for the Family Building Society, revealing that scrapping SDLT altogether could yield greater benefit for the economy and tax revenues.

Lessons From The Stamp Duty Holiday analyses the impact of the stamp duty holiday on both numbers of transactions and, more importantly, the wider economy. Its findings suggest that the economic activity generated by the SDLT holiday over and above more “normal” transactions levels has benefited the treasury and wider economy and scrapping SDLT would remove one of the major financial barriers to balancing the use of housing stock in the UK.

The additional expenditure on each of the estimated additional 140,000 transactions associated with the stamp duty holiday could be as high as £16,000. This is made up of moving costs and expenditure on the new home. Accepting the many uncertainties, this could generate total induced expenditure of anywhere between £1.8-£2.7 billion, as well as a multiplier effect, as this spending feeds into the economy.

“Moving helps to optimise the housing stock – you don’t have empty nesters in larger family homes or people unnecessarily commuting long distances. And when you move you generate a lot of economic activity. People spend money on the moving process and movers are improvers. They spend money on their new home–perhaps 5% of the cost of the home in the first year.”

The additional expenditure on each of the estimated additional 140,000 transactions associated with the stamp duty holiday could be as high as £16,000 suggests Bogard. This is made up of moving costs and expenditure on the new home. Accepting the many uncertainties, this could generate total induced expenditure of anywhere between £1.8-£2.7 billion, as well as a multiplier effect, as this spending feeds into the economy.

A survey of Family Building Society customers and intermediaries for the report suggests that stamp duty was only one of the reasons why they had chosen to move. Family reasons and wanting a larger home or a different location, were more important.

“Our research with the Family Building Society’s customers and intermediaries makes clear that many people find stamp duty an unacceptable form of taxation and that it distorts decisions, particularly about moving.”

First, it reduces mobility which means that the housing stock is inefficiently used: in particular, it reduces the incentive to older households to downsize which leaves younger family households with restricted choices.

Secondly, it reduces productivity as people have less incentive to move house to take on a better job.

Third, fewer moves mean commensurately lower consumption related to moving, which impacts negatively on economic activity. The literature is also clear that removal of existing stamp duty would increase house prices because it would reduce the overall cost of moving.

There is a strong case for a more fundamental assessment of property taxes to reduce economic distortions arising from the disincentives to move not only on the housing market, but also productivity and economic growth.

There is also a case for extending the holiday in its initial form as some of the negative impact on house prices has already been built into current house price levels, so future more fundamental reform would be less costly.

“The stamp duty holiday has been a very elegantly crafted experiment, resulting in a 50 per cent increase in transactions, leading to a better use of the housing stock, as well as supporting the Government’s levelling up agenda.”

“Making the holiday permanent would mean that the vast majority of people would not pay this bad tax. Their money could be better used supporting the economy. The experiment has worked. Don’t stop now.”