Challenging first half of 2022 anticipated for property market 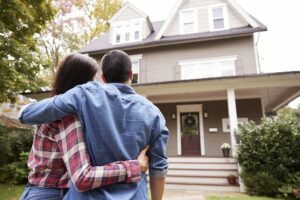 The latest Reallymoving House Price Forecast reveals that small monthly price falls in November (-0.1%) and December (-1.1%) will be wiped out by a +2.5% increase in January. The report, based on analysis of over 18,000 conveyancing quote forms completed over the last three months, also indicates that a shortage of stock is supporting prices, with annual growth predicted to take the average completed sale price to £342,836 in January 2022.

It is thought that the shortage of housing stock has supported values as the market adjusted to the end of all stamp duty incentives, alongside reassurances from the Bank of England that rate rises, if and when they do begin, will be moderate and steady. But although the long period of double-digit year on year price increases seen in 2021 is over for the time being, annual growth is expected to remain positive.

“Transaction volumes are unsurprisingly down since the end of the stamp duty holiday but the outlook for the housing market in early 2022 is positive. The most intense phase of the post-pandemic boom has now subsided bringing about a brief autumn lull, but the fundamental supply and demand imbalance continues to support prices and, while the threat of interest rate rises will give some buyers pause for thought, thanks to stress-testing by lenders most homeowners will be able to absorb small rate rises over an extended period of time without too much trouble.”

“House price inflation for First Time Buyers has been lower than for upsizers and downsizers, meaning First Time Buyer activity levels are reassuringly high at around 54% of all buyers – an encouraging sign of market health. An anticipated surge in new listings in the new year will drive activity, boost transaction levels and help existing sellers to complete chains,” he added.

But despite a record year for property market activity thanks to government schemes such as Help to Buy equity loans, experts fear that rising house prices and repayment costs will push first-time buyers out of the market.

Government statistics show that in the year to the end of June 2021, a record 60,634 homes were bought using Help to Buy equity loans – taking it to a total of 339,347 since the scheme was launched in 2013. But because average property prices rose by £31,000 in the year to June 2021, and because loan repayments are based on price rises, it also hiked the cost of Help to Buy loans.

“Runaway house prices mean government schemes for homebuyers are more valuable than ever. But when it comes to the Help to Buy equity loan scheme, they’re more expensive than ever too.

The 12 months to the end of June saw the highest number of help-to-buy loans on record. With house prices rising out of sight, property deposits rose out of reach, and the loans helped close the gap, so that buyers only had to find the first 5% of the deposit. But while rising prices made this scheme more popular, they also made it far more expensive, and people need to understand the costs involved.”

Latest analysis from Nationwide echoes the sentiment that high house prices relative to average earnings continue to make raising a deposit a significant barrier for first time buyers. The report shows that 20% deposits are now equivalent to 110% of the average income, a record high and up from 102% one year ago.

“House prices have continued to rise more quickly than earnings in recent quarters, which means affordability is becoming more stretched. Due to the historically low level of interest rates, the comparative cost of servicing a typical mortgage is still well below the levels recorded in the run up to the financial crisis. However, even on this measure, affordability is becoming more challenging.”

“Much has been made about the government’s success of negotiating the pandemic where the property market is concerned. While it’s fair to say the market has never looked stronger, this statement is one based largely on perspective.

If you own a home and have enjoyed a double-digit increase in value over the last year, you’re no doubt over the moon. However, those struggling to piece together a sufficient deposit are unlikely to share this opinion.

The cold reality is that if you aren’t looking to buy with the financial support of a second wage, support from the Bank of Mum and Dad, or you don’t earn considerably more than the average person in your respective area, the dream of homeownership is one you’re unlikely to realise until much later in life than you might like.”

Although figures suggest that conveyancers will continue to see a busy 2021 year-end, the industry may be faced with a limited pipeline in early 2022 as low stock levels and rising prices continue to alienate first time buyers and push people out of the market.

“We’ve seen a respectable level of wage growth in recent years but unfortunately this hasn’t been enough to match the might of the UK housing market. At the same time, record low interest rates over such a prolonged period of time have been great for those taking their first step on the property ladder with a mortgage, but they’ve been terrible for those attempting to save.

Even in London, where house price growth has been fairly muted in comparison to much of the UK and wages are more robust, the barrier to homeownership is still incredibly high.”