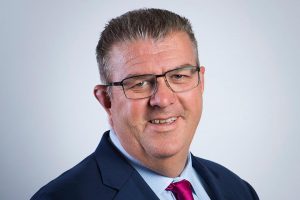 The Royal Institute of Chartered Surveyors’ Chair Sean Tomkins is reported to be resigning from the role amid the release of Alison Levitt QC’s independent review into the organisation’s conduct and internal accountancy issues.

In an interview in Property Week it has been revealed that discussions are ongoing as Tomkins prepares to resign at the organisation he has headed since 2002, initially as CEO and latterly as Chair.

At a virtual press conference today, the results of the independent review will be released.

The review was launched following the dismissal of a group of directors in 2019 who raised the alarm about finding in the 2018 BDO financial audit. It will report on the of the conduct of the organisation during this period.

“The Governing Council of RICS will be publishing the independent review conducted by Alison Levitt QC at noon on Thursday September 9th. We will be holding a press conference at that time, to be addressed by Nick Maclean, Chair of the Governing Council’s steering committee for the review, and Alison Levitt QC, which can also be viewed by members and RICS employees. We will be not commenting further until then”.