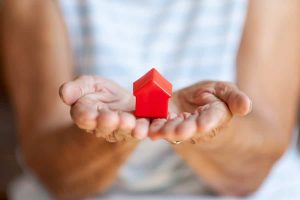 What a difference a week makes! It has been seven days since the property market was released from the lockdown and early indications suggest that market activity is buoyant and constantly increasing.

However, eight days ago the sentiment was very different and the RICS Residential Market Survey for April highlights the precarious and damaging situation Covid-19 had placed the entire property sector in.

Overwhelmingly, the survey indicated a property market contracting with both buyers and sellers fleeing. A net balance of -93 per cent of contributors reported a sharp fall in new buyer enquiries in April. This figure had worsened from an already low figure of -76 per cent in March.

Although sellers are returning to the market, at least in the short term, the market may face a property shortage with the survey finding a net balance for new instructions reaching a lowest point since the survey was launched in 1999 with -96 per cent of respondents dealing with new instructions in April.

As the property market was frozen for the entirety of April it is unsurprising that newly agreed sales declined to worrying levels from -68 per cent in March to -92 per cent last month.

With a lack of clarity on when the market would reopen, -57 per cent of respondents anticipated sales to decline further over the next three months. However, now that the market is free to move again, April will hopefully be seen as the weakest month in 2020.

The twelve month outlook looked a lot more positive in April despite the market uncertainty. The sales picture for the next year indicated a moderate negative sentiment of -6 per cent, improving considerably from the -42 per cent recorded in March.

80 per cent of respondents had also seen buyers and sellers pull out of transactions in April because of the virus and the uncertainty in the property market.

Around two thirds of those surveyed were also looking for a stamp duty reprieve in order to encourage an immediate stimulation of market activity once lockdown restrictions were lifted.

Now that the market is free to move once again, we know that buyers and sellers had immediately resumed house hunting last week. Rightmove data witnessed 5.2 million page views on Wednesday May 13 alone, a 4 per cent increase on 2019 levels.

Similarly, seller enquiries also increased by 111 per cent on the levels recorded a week earlier.

Hopefully, as long as the easement in restrictions does not spark a second spike in infections, future market surveys will brim with optimism with a property market renewed.