The return of the High Street Conveyancer 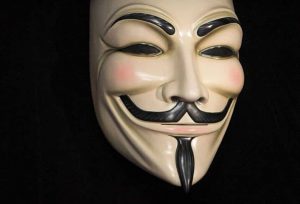 I wrote my last diary entry on the 19th May last year  – the property market was coming out of the first lockdown, and there was trepidation as to what was going to happen.  There was a feel of pent up action – people had been ‘locked‘ in their houses for weeks and had realised that working from home and home schooling made a larger property more desirable and in fact necessary.

There were those who were in the midst of moving and could now be released from the limbo and could agree moving dates. It became busy very quickly.  Life as a conveyancer was getting back to normal as far as work was concerned. Many of us had adapted to working from home, Zoom and TEAMS  meetings with colleagues and clients; many had been furloughed; and now, we could get back to doing what we loved – helping clients move.

So, in July 2020, when the Chancellor announced that there was to be a Stamp duty holiday , the market was surprised.  Those working in it found it an odd decision, but knowing that the housing market does prop up the economy, perhaps the decision was not that surprising in retrospect. As soon as it was announced, all conveyancers knew what was coming  – March 2021 was going to be a repeat of a previous March when the SDLT 3% surcharge on second properties was announced. But at that time we all knew that it was going to be far, far worse.  The previous change involved those who were buying second properties and those in a chain with someone who was buying a second property. This time around, it was going to be everyone who was moving house.

And , as you could have guessed,  the market started to boom… and what a supersonic boom it was!  People were still working from home, and by that, I don’t just mean conveyancers, but those who  provide the other pieces to the jigsaw puzzle of moving, such as bank staff (mortgage offers) , surveyors (surveys) , council staff (searches) and others. As a result transaction times became longer.

We went into a second lockdown but the market was still booming. I stopped taking on new work in November, having worked out that would be the time scale for those who would be pushing to move before the end of March. We knew there was another budget around the corner…… we knew that there was some lobbying to get the stamp duty holiday extended.

Estate agents were being supportive of solicitors, appreciating the workload we were under and the pressure to get so many people moved by the end of June. So what happened?  The entire conveyancing sector held its breath as the Chancellor announced in his budget on the third of March, with only twenty eight days to go to the end of the holiday, that there was a reprise   – we could have to the end of June, and not only that, but there would then be tapering of the relief up to the end of September.

Across the country, conveyancers, who were already on their knees, overworked and stressed, were going to have a further three, and probably six months of the pressure.  What was that going to be like?