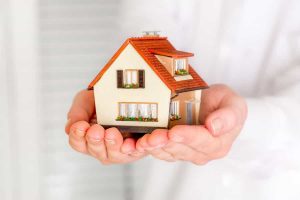 NAEA and ARLA Propertymark, a UK professional and regulatory body for estate agency personnel and letting agents has released it’s analysis of their 2019 sales and lettings data, showing that the UK housing market has slowed but rents are at a record high.

This is in contrast however with the number of properties available to buy having dropped considerably over the last ten years.  The average in 2009 had been 65 per month, and despite an average high of 44 properties per branch in August 2019, the average has been remaining steady at 38.5 over 2018 and 2019 – a drop of 59% over the last ten years.

Despite the demand for properties increasing, against the amount of available properties, the actual numbers of sales per month has remained steady over the last ten years, varying only between an average of 7 and 9 agreed sales per branch each month.

“2019 has been an interesting year for the property market. House buyers and sellers have been faced with a lot of uncertainty, which in turn affects sentiment and decision-making. Activity in the housing market has remained consistent when compared to the last year, which was expected, as buyers and sellers hold off on purchases until the outcome of the General Election and Brexit is clear.”

In the lettings sector there has been an increase in the supply of rental accommodation, increasing from a monthly average per branch from 187 in 2018 to 197 in 2019.  This is an interesting increase considering the number of buy-to-let investors selling their properties has remained high, with an average of 4 rental properties being sold per month, with a 20 per cent increase in April.

The increase in rental properties being sold could be blamed on the increase of costs to landlords implemented by the Government over the last few years, including the increase in Stamp Duty, the changes to allowable expenses in 2017 and the ban of tenant fees in 2019.

These increased costs could also explain the increasing number of tenants experiencing hikes in their rents.  In 2018, an average of 26 per cent of renters, each month, experienced a rise in their rent, this number has increased dramatically to an average of 46 per cent per month in 2019. August showed the highest figures of 64 per cent of tenants experiencing an increase; a figure most likely due to the ban on tenants fees in June 2019.

“It’s no surprise that tenants have suffered intense rent increases this year. We predicted this would happen as soon as the Government announced a ban on tenant fees, and since the ban came into force in June, rents costs have continued to spiral. Additionally, due to the significant amount of legislation that landlords face, this year they have continued to exit the market, which coupled with Brexit uncertainty and the looming general election has left the sector in a state of despair. Unfortunately, next year could go the same way, unless something is done to make the sector a more attractive investment.”

There has been however, an increase of prospective tenants searching from properties in August, where an average of 76 tenants were recorded per branch, compared to the average of 73 across the year.