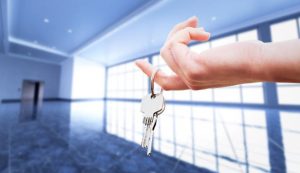 Private rental prices paid by tenants is beginning to slow according to the recent Office for National Statistics (ONS) ‘Index of Private Rental Prices, UK: Spetember 2018.’

Although the average UK rent has increased by an average of 0.9% in the last 12 months, this is also unchanged from August’s figures.

This slowdown has been largely attributed to the rental reduction in London which is now 0.2% lower than a year ago; however wages have increased by 0.1% from August’s figures.

Excluding London, rental prices have risen by 1.7% in comparison to a year ago. However, house price growth is around 3% for the year, highlighting that rents are not following the same price rise.

The report also highlights the reduction in housing stock entering the market because of taxation increases in buy-to-let property and Brexit uncertainties. It also discusses the increasing demand for rental stock which suggests that rental growth will continue over the next three months.

The Welsh rental market increased by 1% in the 12 months to September, again this figure is unchanged from August. The slightly stronger growth in Wales could signify the stronger rental demand.

Martin Totty, CEO of HomeLet, says: “Rents UK wide are, on average 1.7% higher than the same time a year ago which continues a trend that we have seen for much of 2018.

“The other trend is a fairly narrow and shallow growth over quite a period of time. For the last 12 months, this growth is below the rate of inflation that we have seen in the wider economy. Also, and importantly this is a little below the average house price growth.

“So, one could argue that rental price growth is suiting the needs of both tenants and landlords and finding some equilibrium in that market between supply and demand.

“Landlords are concerned about the macroeconomic impacts that they face at the moment, Brexit included. If there was any reduction in supply of rental properties, that may not be in the best interests of tenants as it doesn’t seem that demand for rental property is in any way reducing. A reduction in supply will increase the possibility that rents will go up, so it really depends on the wider economic environment over the next six months or so in particular.”

The average rent now stands at £780 per month when London is excluded or £943 overall. With the uncertain political landscape muddying the water, it is unclear how this will impact on the buy-to-let sector in the future.

What do the market conditions suggest for conveyancers? Are less people able to save the money they need when so much is spent on rent?