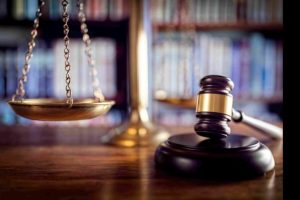 In in 2018, the UK’s first Unexplained Wealth Order (UWO) was issued against Zamira Hajiyeva, the wife of Jahangir Hajiyev, chairman of the biggest bank in Azerbaijan. Mr Hajiyev is currently serving a 15-year prison sentence for fraud, embezzlement, and misappropriation of public funds.

Between 2003 and 2015, they spent £11.5 million on a Knightsbridge townhouse and another £10.5 million on a golf course and club near Ascot. In addition, Zamira Hajiyeva spent £16.3 million at Harrods between 2006 and 2016 and the couple brought a Gulfstream jet.

What should have alerted the advising professionals was that Jahangir Hajiyev’s annual salary at state-owned International Bank of Azerbaijan was a mere $70,650 in 2008. Mrs Hajiyeva had no job or identifiable income.

“Similarly, I also believe the manner in which the property has also been obtained and subsequently handled is highly unusual, secretive and complex, and, absent further and credible explanation, is indicative of money laundering.”

The NCA also suspected the couple were spending dirty money on the Knightsbridge townhouse and the Gulfstream jet.

According to Edward Robinson and Gavin Finch, writing for Bloomberg:

“London has become such a notorious magnet for dirty money that activists give “kleptocracy tours” of its affluent neighbourhoods. For years, criminals washed their cash in the U.K. using the same modus operandi time and again—lots of shell companies in lots of jurisdictions.”

They recently released, ‘Upholding Professional Standards’  report for 2017/18 shows that anti-money laundering reports had increased by 43% in the first months of 2018. However, the entrenched reputation of the UK for being a haven for dirty money has resulted in increasing pressure for wider ranging anti-money laundering regulations.

The Registration of Overseas Entities Bill is one such initiative.

In May 2019, the Joint Committee on the Draft Registration of Overseas Entities Bill, which is designed to create the first registry of UK foreign-owned property, released its findings  on the Bill.

The Chairman of the Committee, Lord Faulks QC, said:

“We welcome this much-needed legislation as one of the vital tools required to create a hostile environment for money launderers who want to use the UK property market to hide unlawful funds. The legislation is well drafted, but there are still some loopholes in the draft Bill which, if unaddressed, could jeopardise the effectiveness of this important piece of legislation. In the current political climate, anti-money laundering may not seem an immediate priority. But the evidence we took shows there’s a huge problem, and it’s not going away. Time is of the essence: the Government must get on with improving this Bill and making it law.”

The Committee recommended the following improvements:

It is clear the UK needs more robust anti-money laundering regulations to protect its reputation as a stable country with a robust rule of law. Lord Faulk’s committee’s report revealed that in 2017, 160 properties worth over £4bn were purchased by “high-corruption-risk” individuals. Furthermore, 86,000 properties in England and Wales have been identified as owned by companies incorporated in “secrecy jurisdictions” – or tax havens as we normally call them.

McMafia may work well on TV. But such practices do not serve society well should they become a reality.