Record number of Help to Buy homes purchased in 2020-21 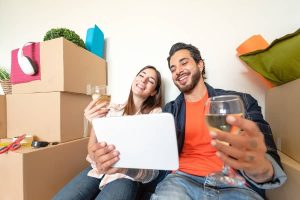 The number of people purchasing a home through the Help to Buy scheme is at an all-time high, according to figures just released by the Ministry of Housing, Communities & Local Government (MHCLG).

The scheme, which helps first-time buyers access the property market by providing a loan to put towards the cost of buying a new-build home, reached a record year with over 55,000 households using the loan in 2020-21.

Since the scheme was introduced 328,506 households have now purchased a home through Help to Buy. In total, the value of these equity loans has reached over £20 billion, with the value of the properties sold under the scheme now passing £90 billion. The figures also show that home ownership remains a strong priority for people across the country.

Detailed quarterly analysis shows that the number of properties purchased using Help to Buy was up 61% in the first quarter of the year compared to the same period in 2020.

However, despite a rise in completions year-on-year, the number of purchases had decreased by 27% compared to Q4 2020. MHCLG said the reduction in completions was to be expected due to seasonal variations in the new-build market. But compared to pre-pandemic levels, Help to Buy completions in England were up by 48% in Q1 this year compared to the first quarter of 2019.

“Over 55,000 households bought their home with the support of Help to Buy equity loan last year: a record year for the scheme, which is helping young people and first-time buyers feel the sense of pride and achievement that comes with owning your own home.

Whether it be Help to Buy, the 95% mortgage guarantee scheme or First Homes – we’re doing everything we can to make home buying an affordable and realistic ambition.”

A further scheme to help boost the first-time buyer market was also recently announced by MHCLG. The First Homes scheme enables developers and home builders across the country to bid for a share of £150 million package that will support the building of homes for first time buyers.