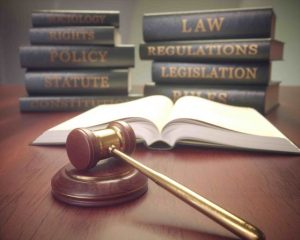 A stamp duty expert has lost an appeal after HM Revenue and Customs (HMRC) accused the property buyer of tax avoidance.

David Hannah, owner of Cornerstone tax and expert in Stamp Duty Land Tax (SDLT) issues since 2003, bought a property worth £765,000 in 2011. After paying an initial deposit of £38,250 to the vendor, the rest of the money was paid through an annuity via a number of companies registered offshore.

The annual annuity payment of £383 was set up for a term of 125 years. However, given the initial sale price, it would have taken 1,897 years to pay for the house in full, minus the deposit, without interest being applied.

After transferring the annuity payments to an account in the British Virgin Islands, the full outstanding amount of the property’s value was paid to the vendor.

In the original case, it was found that Mr Hannah had provided HMRC with a document filled with inaccuracies and failed to reveal the full amount being paid for the property. The court found this to be an intentional ploy to conceal the actual SDLT figure and attempt for HMRC to “rely upon it as an accurate document”.

During the appeal, the court rejected David Hannah’s claims, finding in favour of HMRC. In addition to being charged the full amount of SDLT, David Hannah was also handed interest payments on the unpaid SDLT and individual penalties to both Mr Hannah and his wife.

The use of annuities to purchase property with the aim of reducing SDLT has been one of the more popular methods of avoiding this type of tax. Following this particular case, HMRC could be on the look out for more home buyers that have avoided their SDLT obligations.

“Mr Hannah knowingly provided HMRC with a document that contained an error with the intention that HMRC should rely upon it as an accurate document.

“The failure to notify the full chargeable consideration of £765,000 was an inaccuracy that led to an understatement of tax and it was deliberate on Mr Hannah’s part.”

A spokesman for HMRC said:

“Tax avoidance doesn’t pay. Most avoidance schemes simply don’t work and can give rise to unintended tax consequences. People can end up paying much more than they were trying to avoid in the first place.”

Do you think this case will pave the way for HMRC to recoup stamp duty lost in other home sales like this?