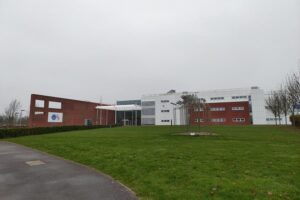 Unique property reference numbers (UPRNs) have the potential to be a game changing innovation in the property sector according to the Conveyancing Information Executive, and partners including Ordnance Survey, major search providers Groundsure and Landmark, and property and addressing data providers Land Data and GeoPlace.

A roundtable hosted at the Ordnance Survey Head Offices in Southampton brought together leading data providers in the property industry to discuss the opportunity and barriers to wider adoption of UPRNs across the property sector.

Alongside more accurate addressing, UPRNs can serve as a single point of reference for all data associated with a property.

A recent survey by Today’s Conveyancer asked readers to share their insights into how widespread the awareness and use of UPRNs are in the conveyancing sector. 3 in 10 respondents indicated they didn’t know what a UPRN is. Among those that do have some awareness, 77% say they “Never” use them.

The results highlighted the scale of the problem for attendees at the roundtable, who discussed the challenges around creating greater awareness of a tool that has now been around since the mid-90’s.

While the details of the discussions were protected under Chatham House rules, the thrust of the debate centred on how the industry can act now to encourage wider adoption.

Many of the data providers present acknowledged that they themselves can help power the industry towards the solution. If enough pivotal businesses in the property transaction process began transitioning to have UPRNs as the cornerstone of their databases and data supply process, a tipping point could be reached. Implementing it unilaterally simply isn’t pragmatic, so identifying these first movers will be critical. Naturally the focus then shifted to who in the home moving process holds greatest influence.

Taking into consideration the starting point for 70% of transactions lies with the lender, the consensus was that lender adoption would create a “waterfall” of information flowing through the transaction which would ultimately see the UPRN adopted as a standard way in which property was identified and relevant data shared throughout the transaction. As we move toward greater digitisation in the conveyancing process it is ever more critical that we have consistent threads through a transaction which keeps all parties connected.

While the survey identified a lack of understanding of UPRNs, more encouragingly, respondents acknowledged that having a “single point of focus for data” would be useful in their roles and over half identified this would be a significant reason for adoption. Other reasons include better integration with other stakeholders (4%), quicker transactions (19%) and simplification of transactions (10%).

Property passports or logbooks have been identified as a vehicle for this single source of truth and have been a prevalent part of discussions about providing more information to prospective purchasers in the home buying process, up front. These central digital repositories store information and provide insight into the history of a property and enable better forward risk planning for homeowners and lenders; rather than the current process which provides more of a snapshot in time. UPRNs would tie this past, present and future data directly to a property.

But in order for UPRNs to be truly effective, they must match exactly with the address data and as it stands about 25% of addresses remain unmatched; many are complex address such as flats. URPNs do provide for a “parent/child” relationship but historic address naming conventions (“Ground Floor” vs “Flat 1”) make the matching process difficult.

UPRNs must also account for additional dwellings such as a garage on a shared plot of land. Add to the equation that UPRNs are used for commercial property too and the scale of the challenge becomes apparent.

Nevertheless, participants agreed that confidence is more important than completeness in encouraging wider adoption, and reliance upon the data would significantly increase efficiencies. One participant suggested that they were manually checking 22% of all address submissions to confirm the correct address.

The wider user case is compelling but we must walk before we can run. Adopting UPRNs is an industry wide ambition that has the potential to simplify the transaction process, reduce risk for all involved, including conveyancers, and speed up transactions.