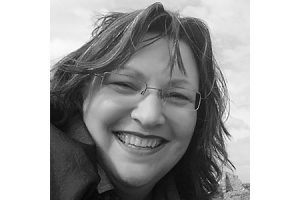 Following on from the announcement that the Law Society were piloting upfront information for buyers, and a further piece of work between the Society and Gazeal, Lorraine Richardson, Managing Director of Adapt Law has shared her views on purchases, packs and protocol forms with Today’s Conveyancer.

There is lots of talk about the way that more upfront information in the conveyancing process can improve things, but often little action to back up the rhetoric. Most people would agree that a buyer having access to more information about the property which they are hoping to purchase at the point of offer can only be a good thing. It is a shame that the impetus for this innovation was lost when Home Information Packs (HIPs) were withdrawn.

HIPs were flawed because they included a survey commissioned and paid for by the seller. This was always destined to fail unless the lenders agreed to accept the surveys which, of course, they did not. It is a shame that the remaining benefits of HIPs were lost.

The extension of the SDLT ‘holiday’ by the Chancellor in the recent Budget is undoubtedly good news, but the market is still very busy and never has it been more important therefore for home movers, their agents and conveyancers to collaborate as early in the process as possible to try to smooth their transactions.  Estate agents should be advising their seller clients to appoint a conveyancer as soon as a property goes on the market and certainly before a buyer is found.  In this way, all of the issues which take up time can be dealt with – identification, AML checks, due diligence, source of funds, to name but a few.

What is also needed is an up-front pack containing the Property Information Form, Fittings and Contents Form and title documents to speed the process when a buyer is found.  The seller can make the pack available to their buyer even before an offer has been accepted.  This will enable a buyer to be satisfied that there are no hidden problems with the property at the point of offer.

Gazeal is ahead of the game because they ask the sellers to provide information about the property for sale on listing, and makes it available to the buyer before offer and provides it to each party’s conveyancers on acceptance. This process is now further improved for buyers, sellers and their conveyancers because Gazeal is now directly licensed by the Law Society to use this information to complete the Property Information Form (and other Protocol forms) required for the contract pack.

The significance of the Protocol forms, of course, is that they are produced by the Law Society and are universally accepted by all conveyancing professionals, no matter who regulates them. The forms are familiar and well understood by all in the industry including mortgage lenders. By working directly with the Law Society and using the Protocol forms, Gazeal can be even more proactive to ensure transparency, trust and speed.

Upon agreeing the licence with Gazeal, Andrew Moroney, Commercial Proposition Manager at the Law Society commented:

“The Law Society is committed to working with parties who seek to increase transparency and reduce the fall through rate, while both protecting consumers and enhancing their experience of the legal services they receive, and for this reason we are very pleased that to have appointed Gazeal a Licensed Provider, and look forward to working with them going forward.”