Public Apathetic To Importance Of Remortgaging 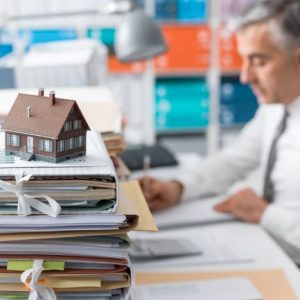 A new report has highlighted consumer confusion or apathy regarding remortgaging their property in order to find a cheaper deal.

Which? Mortgage Advisers’ report has found that those on a Standard Variable Rate (SVR) mortgage could be paying over £350 per month extra on their current mortgage deals. This will be an excess of over £4,000 per year.

The survey, which asked over 3,500 home owners, also found that many people were resolved to using their current mortgage provider and deal. The report claims that some people had been on the same expensive tariff for over five years; 22% of respondents claiming it would be too much hassle to move and a further 15% hadn’t even considered moving mortgage providers or products.

Astonishingly, 41% of respondents on an SVR would be unlikely to move providers or mortgage deals even if they were aware of a cheaper alternative.

33% of those surveyed were unaware of the mortgage rate they were on and 41% only had a vague approximation.

Of those questioned, a quarter of the mortgage lenders that were spoken to were on a more expensive SVR mortgage product. 55% of homeowners were on a fixed rate product, 10% opted for trackers and 5% were on a discounted rate.

David Blake, Principal Mortgage Adviser, Which? Mortgage Advisers, said: “I would urge anyone with a mortgage to check what interest rate you’re on and whether you’re paying more than you need to.

“The remortgage market is highly competitive at the moment, so there’s a good chance that remortgaging will save you money. Speaking to an independent mortgage adviser is a great place to start to find out your options.”

When thousands of pounds are at stake, it is imperative that homeowners get a greater grasp of the complexities and nuances involved in mortgage products. Failing to understand such a crucial expenditure could be detrimental to many people that are already struggling in the current economy.

Should homeowners be offered greater support about helping to understand the complexities around mortgages and remortgaging property?