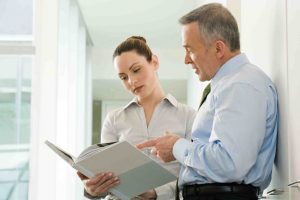 A new report released on Friday believes that the UK’s anti-money laundering system is fragmented and needs urgently re-ordering.

The unanimously agreed report ‘Economic Crime – Anti-Money Laundering Supervision and Sanctions Implementation’ was transparent in their confusion as to the extent of the problem in the UK. Conflicting reports indicating the problem could be anywhere from tens of billions of pounds to hundreds of billions.

Whilst the Financial Action Task Force (FATF) had completed a thorough review for the paper, the ten year gap since the last report could highlight a clear problem with a more regular review process a priority for the newly-announced Economic Crime Strategic Board, jointly chaired by the Chancellor of the Exchequer and the Home Secretary.

Overwhelmingly, the report accused estate agents and solicitors of being enablers of economic crime, failing to adequately prevent the spread of money laundering.

In particular, the report focused on the various sectors’ use of Suspicious Activity Reports (SAR). Of the 634,113 reports submitted between October 2015 and March 2017, 525,361 (82.85%) SARs were completed by credit institutions and banks.

In stark contrast, reports made by estate agents were a mere 0.12% (766) of the total, with independent legal professionals deeming it necessary to make 4,878 (0.77%) SARs reports. Overall, this means that the property sector completed less than 1% of all SARs reports.

Whilst estate agents market share of SARs completions increased between April 2017 and March 2018 to 0.15%, it is clear that estate agents are failing to ensure property purchasers are not contributing to economic crime and money laundering. Similarly, in the past year, the 2,660 reports made by the legal sector represent only 0.57% of the total and a considerable decrease when compared to previous years.

The report emphasised that the property sector poses a medium risk from an AML perspective. To a large extent, the report was critical of the extensive number of AML supervisors that complicate the reporting process.

Banks are supervised through the Financial Conduct Authority (FCA), solicitors are beholden to their regulatory professional body and estate agents should be registered with the HMRC. The plethora of supervisors could create ambiguous reporting frameworks and differing compliance regulations which creates a confusion in reporting. It is suggested that a holistic approach through a single supervisory body would create a universal, consistent system. It has been suggested that the Oversight of Professional Body Anti-Money Laundering Supervision (OPBAS) could fill this role.

Furthermore, the report recommends that HMRC extends the work it started last week in ensuring all estate agents are registered with themselves.

Duncan Hames, of Transparency International UK, commented: “We have done a lot of research into instances of suspicious wealth being used to purchase premium property in the UK. We are probably only scratching the surface with that analysis, but we found in fewer than 200 properties, £4.4 billion-worth of investment in UK real estate from foreign, politically exposed persons in high-corruption-risk jurisdictions. Clearly, even on people who are earning very large commissions on very big property deals, there has been a failure to properly protect the UK from proceeds of corruption being stashed in our property sector.”

Mark Hayward, CEO of NAEA Propertymark, said: “we all know that, at the moment, the prime central London market has collapsed—the transactions are very low—so for those on the ground, perhaps in a small, niche company for whom the fees will be significant, will they ask too many questions, which could put people off purchasing.

“It is not just prime central London. […] Certainly we have seen evidence outside London, particularly where purchases are not uncommon from overseas—particularly in university towns, whether that be Cambridge, Exeter, Bristol or Manchester. There is a very high proportion of purchases from overseas, and we particularly ask our members to be careful when it is a company and to try and find the beneficial ownership of that, and that is starting to improve at the moment.

Nicky Morgan MP, Chair of the Treasury Committee, said: “With the uncertainties of Brexit around the corner, the Government should regularly review the UK’s effort to combat money laundering to ensure a constant stimulus to improve.

“When the UK does leave the EU, there will be both risks and opportunities in terms of economic crime. The Government must ensure it does not bow to buccaneering deregulatory pressures and maintain its intentions to lead in the fight against economic crime.

“Leading that fight is going to require focus. The Government needs to bring greater order to a fragmented supervisory system, better identify the scale of the problem, and make a greater effort to combat the known risks and gaps in the supervisory system.

As solicitors understand the source of funds in a transaction, should they bear additional responsibility in reporting SARs? Why are estate agents and solicitors completing so few reports? What is needed to ensure greater reporting in suspected AML property transactions?