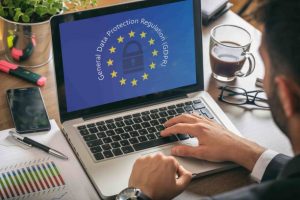 An owner of a property company has been banned for operating a business for five years after encouraging his company to make over 110,000 illegal cold calls.

In a bid to prevent the nuisance calls, the public are able to use the Telephone Preference Service (TPS) list which highlights the numbers that would prefer to avoid the calls.

Unfortunately, the renovations company did not access the list in its four year lifetime. Within three months of starting the business, De Sousa’s company had made over 100,000 calls to TPS registered numbers.

The Information Commissioner’s Office (ICO) received 133 complaints about the nuisance calls during this time.

Following an investigation, the ICO found Xternal Property Renovations Ltd to be in breach of the Privacy and Electronic Communications regulations (PECR), fining the company £80,000 for the offence.

However, the company’s illegalities did not stop with the illegal cold calls. Unable to pay the ICO fine, De Sousa filed to place the company in Creditors Voluntary Liquidation in March 2017, with further investigations highlighting tax underpayments of over £250,000.

The Northwich-based director has accepted a 5-year disqualification undertaking, prohibiting him from being involved in the formation, management, or promotion of a company without permission from the court.

“It is not acceptable for companies to harass members of the public with unwanted marketing calls, and we will continue to work with the ICO to curtail the activities of unscrupulous directors.

Directors who try to evade the consequences of their actions by putting their company into liquidation should expect to be investigated, which could lead to them being disqualified from being a company director again for a number of years.”

“By working closely with the Insolvency Service we have been successful in stopping the illegal activities of company directors like Jonathon De Sousa who cause upset and distress to millions of people who are on the receiving end of nuisance marketing calls.

Our powers to protect the public from companies like his making nuisance calls have recently been made stronger than ever, as we can now make directors and managers of the companies personally liable for fines of up to £500,000. This will help stop them closing down one rogue company and setting up another business again.”

Is your law firm PECR and GDPR compliant? Should there be more stringent fines for non compliance?