Property Sales Down In Two-Thirds Of Local Authority Areas 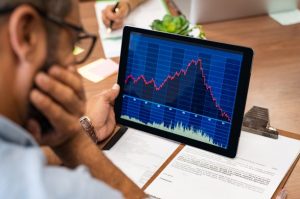 Modular homebuilder Project Etopia has revealed that out of 374 local authority areas, 241 saw a drop in the level of house sales last year.

Despite schemes designed to stimulate the property market such as Help to Buy, stamp duty relief, deals offered by house builders, the availability of 95% loan-to-value mortgages and low interest rates, sales figures have declined overall by 2.3%.

Some of the largest falls in transaction rates were in Stevenage, down by 27.5%, Newcastle-under-Lyme, down 16.2% and Cambridge, down 16%. Greater London has suffered, with Tower Hamlet down 22.5% and Croydon down 15.4%.

The average decline was nearly 5%, with 122 areas having a larger drop than that. 41 local authorities saw a decrease in sales of over 10% and 11 areas of over 15%.

Areas which saw an increase in the number of property transactions include Chorley with a 17% rise, Hull at 13.9% and Lincoln at 12.3%.

Buyers have also been scarce, with the National Association of Estate Agents noting a lack of active house hunters. An average of only 282 buyers were registered per branch in November 2018, the lowest monthly figure since 2012.

The sluggish market has been exacerbated by uncertainty over Brexit, affordability, particularly in the south, low supply of property onto the market and not enough new homes.

Chief executive of Project Etopia, Joseph Daniels, said: “If we had more stock, this boom and bust would be a thing of the past and the sands wouldn’t keep shifting under developers’ feet.”

Voicing concern over the slow sales figures he said “It might not be immediately obvious what transaction levels have to do with the housing crisis, but the answer is a great deal. Lack of housing stock means we’re on a merry-go-round of gyrating house prices in this country.

“This feeds into massive price gains that occur over just a few years, causing people to think of their house as an investment not a home. When storm clouds gather on the horizon, they then guard their most valuable possession by sitting tight.”

Simon Bath, CEO of When You Move comments: “There is no doubt that 2018 proved to be a tough year for the property market, with low transaction rates and declining house prices across the nation. London and the South East have taken the biggest hit due to stretched affordability levels, tax changes and lack of confidence in the market caused by political uncertainty. This has significantly impacted the demand for housing in the UK. In the upcoming months leading to Brexit, this may not change just yet. Having said that, once a formal Brexit deal is confirmed and confidence is restored into the property market, I am hopeful that house prices and transaction rates will be on the up”.

With local councils vastly behind in their house building targets and Brexit continuing to cause concern, a dramatic improvement in the near future looks highly unlikely.

What single change do you think would be most likely to stimulate the housing market?