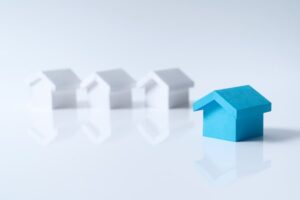 NAEA Propertymark has issued its October Housing Report, prompting fears that the market is “unsustainable“.

The latest report shows that the number of available properties per branch has decreased from 23 in September to 21, now the lowest figure on record and 46% lower than in October 2020.

But the number of buyers registered per branch continues to climb with an average of 511 recorded in October, a 12% increase from September.

Average sales have decreased with estate agents reporting an average of 8 sales agreed per branch, a slight decrease from 11 per branch in September, but in line with pre-pandemic levels.

First time buyer sales have remained steady at 25%, falling slightly from 28% in September, whereas the number of buy to let sales increased from 9% in September to 13% in October. But, says the report, the number of buyers entering the market is “relentless” with an average of 24 buyers per available home on the market due to increasing numbers of buy to let purchasers combined with a steady number of first time buyers.

As supply continues to decrease month-on-month however, supply and demand ratios across the market continue to become more disproportionate and fragmented, leaving estate agents and eventually conveyancers working with possibly the lowest numbers of transactions that the industry has seen.

“Figures from October show a continuing picture for the housing market which is unsustainable.  Estate agents across the country are working with some of the lowest levels of available homes we have ever seen yet demand from buyers is not easing.

“Heading into the festive period should take some of the heat out of the market as we know that usual market trends see a decrease in activity as people turn their attention to Christmas.

“However, with so many buyers still hungry for their new home, sellers would do well not to put moving plans on hold for too long.

“What we need to see in the new year is a gentle levelling out, which could be driven by new year motivations delivering new sellers or changing interest rates taking some of the mounting energy from buyers.”