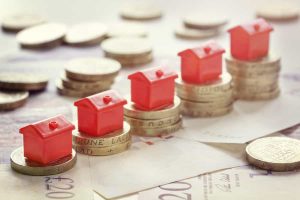 The 23rd March 2021 marked the first anniversary in which the UK went in to a national lockdown to begin its fightback against the coronavirus.

It’s a year that many of us would like to forget. There has been lots of uncertainty, juggling working from home, homeschooling and for some taking those tentative steps back into the office.  For the property industry, it saw the market closed for approximately seven weeks, then the Chancellor introduced  the Stamp Duty Land Tax (SDLT) holiday and the flood gates seemingly opened, as the pent up demand in the chain began to flow.

Properties were being snapped up left, right and centre. However, this put an extraordinary strain on  the conveyancing system resulting in logjams as organisations struggled to work through the immense workloads due to ensuring their staff remained Covid-safe.

The quarterly data held by HMRC clearly shows the effect the past 12 months has had on the property industry. Q1 showed the initial ‘Boris bounce’ as the UK severed ties with the EU (totalling 228,390 transactions in England and Wales), Q2 demonstarted the catastrophic effects of the pandemic and the market was temporarily closed (138,420 transactions), Q3 saw the initial bounce back as people began to jump on the ladder and transactions began to move and finally Q4 has demonstrated that things are slowly beginning to level out.

“These latest figures in part reveal the scale of stimulus the final months of the original Stamp Duty holiday injected into the property market.

“The rise in residential property transactions over the last month has been partly driven by prospective homebuyers rushing to complete transactions before the initial Stamp Duty holiday cut off in March.

“The extension of the SDLT holiday may not inject the same level of stimulus into the property market than the initial subsidy did. Many consumers have already rushed to make discretionary moves and take advantage of the financial incentives on offer through the holiday, while pent-up demand will be noticeably lower than it was last year due to the gradual reopening of the UK economy.

“However, conveyancers still face immense pressures due to the scale of the backlog of incomplete transactions caused by capacity constraints in the face of enormous demand over the last year. This highlights the urgent need to continue to digitise the property industry – especially at the due diligence stage.

“By providing conveyancers with instant access to property data upfront, we can cut down the current delays and create a more productive process. At the same time, it is time for lenders to accept data rich products that can be delivered instantly, rather than relying on Local Authority Searches which are time consuming and cumbersome to produce. Only then will we be able to help alleviate the volumes of work piling up on lawyers’ desks while enabling their clients to get into homes sooner.”

“As was expected the figures for February show the push to get transactions over the line before the original SDLT holiday deadline.  However, the landscape changed again with the Budget and the market is likely to continue on its upward trajectory.  With the mortgage guarantee scheme, higher LTV products, and lower rates, there is little to hold it back.

“However, despite furlough and other government schemes to help, for many the toll of the past year is still to be fully seen.  Although FCA guidance is still asking lenders to continue to consider repossession as a last resort, once the ban is lifted, the likelihood of repossessions rising in the second half of 2021 is almost inevitable.  Lenders will have to be on the ball and work with borrowers to minimise this risk.

“It’s exactly one year since the first national lockdown came into force and, now that over half of the adult population have had their first vaccination, we can at last look forward with a little more hope.  Even if it is with a touch of trepidation.”

We know that conveyancing departments have been working tirelessly to ensure that England and Wales can continue to move as normal. We want to take the time to reflect and recognize the herculean efforts by those in the sector, and in a couple of months time we’re launching our inaugural British Conveyancing Awards. More information about the awards is available here.

It’s also important to take the time ane be kind to each other. You never know what is happening on the other side of the computer screen or at the other end of the telephone.