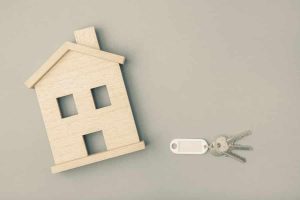 The latest UK monthly property transactions data from HMRC shows the biggest April for property sales since the financial crisis in 2007, with sales double that of 2020 when the UK entered the first lockdown. By the end of the 2020/21 financial year, sales overtook the previous financial year and it’s the fourth busiest year of the past decade.

And with another deadline on its way, the latest figures from the Office for National Statistics show continued price rises, suggesting sellers are taking advantage of demand and adding a proportion of the stamp duty savings to the sale price. In one year from March 2020 to March 2021, the average house price went up £24,000.

Market commentators remain optimistic about the market beyond the current SDLT holiday deadlines.

“The numbers today tell quite a story, firstly of shifting stamp duty deadlines and, secondly, the emergence from Covid restrictions. The initial rush to get transactions over the line before 31st March had a huge impact driving transaction numbers up. Whereas, compared to April last year, when the first lockdown had a massive dampening effect, the numbers year on year show the market is thriving.

“Despite the rise in property prices reported by the Office for National Statistics (ONS) this week, the appetite in the housing market continues unabated. With just over a month to go until the end of the stamp duty holiday the push to beat another deadline is definitely under way. However, as the deadline approaches and conveyancers are put under pressure, to finalise transactions, the numbers for May and June are likely to mirror those in March. The fear was that the market would take a nose-dive at the end of the holiday, but with so many transactions already in the pipeline, that fear could be unfounded. Many people are looking to move away from major towns and cities since the pandemic and the stamp duty holiday may not be the only driver for the current increased demand.”

“We’ve dropped from the vertiginous peak of property sales in March, but rolled onto more gentle slopes rather than falling off a cliff. This is still the biggest April for property sales since the financial crisis.

We were always expecting a stamp-duty-related March spike: we had one that was almost as high as this in March 2016, just before the rules on stamp duty on second properties changed. However, the last-minute extension this time round meant sales didn’t drop so far in April. We’re now back at the kind of sales levels we saw in November last year, just before sales ramped up to fever pitch as the stamp duty deadline approached.

We need to take the massive annual rise with a pinch of salt, because back in April, we were in the depths of the first lockdown, and we saw the lowest level of sales of any April since records began. However, overall sales are ahead of those in the previous financial year.

This may well come as good news for the Treasury, which is trying to keep the property market moving. However, the number of sales isn’t the only important measure, and there are other more disquieting figures dominating the market at the moment. The stamp duty extension certainly kept buyers interested, but it failed to energise sellers to the same extent, so we’re seeing a real imbalance in the market, which is pushing prices up. This may be good news for anyone hoping to remortgage and free up cash from their home, but it’s terrible news for those trying to get onto the property ladder.

The Bank of England figures show that 75% of those who are priced out of the property market are struggling to raise a deposit big enough to buy (the others have issues with the loan-to-income ratio). The faster that property prices rise, the more those buyers will have to save, so as they struggle to hit their goals, every day they’re moving further away.”

“This latest data shows the fragility of the UK property market. Concerns over whether activity levels will sustain once the stamp duty holiday is wound down are mounting.

“The drop in transactions over the last month has been partly driven by buyers putting home purchases on ice until they had greater clarity over the stamp duty holiday.

“Prospective buyers may have been fearful that starting the transaction process at the beginning of the year would have resulted in them completing after the original March 31 cut off, causing some to pull back.

“Despite this month’s fall in transactions, the market has been running extremely hot since the stamp duty holiday. Nowhere is this more apparent than in the legal sector which is bearing the brunt of sky-rocketing transaction levels, with property professionals working around the clock to get clients’ purchases over the line before the June 30 deadline, when the threshold changes.

“Housing transactions in April are around a third lower than March, which saw a peak due to the end of the original stamp duty holiday deadline. But transaction numbers are still relatively high and looking at the amount of conveyancing business we are doing at the moment we expect that to remain the case for the next few months.”

Meanwhile, the Bank of England’s deputy governor believes it may be possible that the current housing market boom we are experiencing may carry on following the termination of stamp duty holiday in the autumn.

“one would expect the market to cool down when public support to the economy in general and the housing market in particular is withdrawn” it is possible that there “may also be some reasons to believe that the recent increase in demand for housing, and perhaps the composition of that demand, which has driven the UK market in recent months reflects some more persistent drivers and that the market will not fall back to its pre-pandemic decade performance when the tax incentives have gone.”