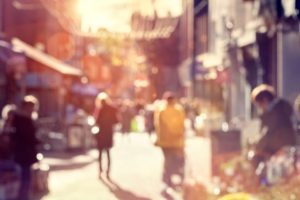 Retail juggernauts Primark have followed a number of struggling businesses like House of Fraser, Monsoon and Topshop, by requesting their rents be reduced by a third.

The high street has long been in a state of decline as the pressure from online retailers has taken a huge toll on bricks and mortar traders. In order to stem the flow of losses and continue trading in the high street, many struggling businesses have looked to secure Company Voluntary Arrangements (CVA) with local authorities and landlords.

Company Voluntary Arrangements have been traditionally used by businesses struggling to compete with the online market whilst they still had huge overheads, like crippling rents, to pay. Citing reduced footfall as a factor, many businesses have negotiated rent reductions in order to retain their presence on the high street.

However, despite their success, Primark have released a statement insisting that they will seek rent reductions for a number of their current 189 stores.

In a statement made in the Sunday Times, Primark stated they would pursue rent reductions if their infrastructure and maintenance improvements increase the value of the property for the landlord.

Additionally the report also stated that their rental expenditure must reflect ‘the prevailing market rental rate’ which they perceive to be ‘lower than past rates.’

For the fifth consecutive quarter, the tenant demand indicator found a negative net balance of -59% which has pushed the all-sector average below zero.

The sentiment for retail units and the commercial property sector remains downbeat. 53% of all respondents nationally feel the market is in some stage of downturn, this rises to 63% of those in London.

“We don’t comment on the detail of commercial negotiations, but in principle we may on occasion look to secure rent reductions in circumstances where we are offering to extend leases on stores, or where we are investing in the property, thereby increasing the underlying value of the property.

“Similarly, as leases come to an end, we seek new agreements that reflect the prevailing market rental rate for the property and its circumstances. In the current market, those rates are often lower than past rates.

“Like any responsible retailer, we have a duty to our shareholders to maintain a competitive cost base, and we seek to maintain good relationships with our landlords.”

How can local authorities transform the use of the UK’s high streets?