The Possible Backfire From Changes to Stamp Duty 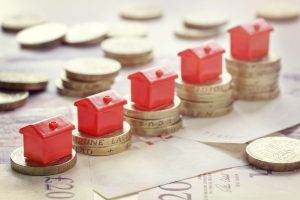 One of the country’s largest property management firms, DJ Alexander based in Edinburgh, has warned that the Stamp Duty cut expected in the upcoming budget, may collapse less ‘over-heated’ housing markets.

David Alexander, who started the family group 37 years ago, said:

“It’s vital … that there are not too many giveaways in the Budget aimed at kick starting the housing market in London. A £500,000 starting threshold for any Stamp Duty and Land Tax, for example, would be helpful in the over-heated market of London and the South East but would create a two tier market which would effectively collapse the Scottish property market.”

The side-effect would result due to the Scottish equivalent of Stamp Duty, the Land and Buildings Transaction Tax, being at a ‘substantially higher’ rate.

It was during his run for Prime Minister that Boris Johnson had spoken about Stamp Duty cuts for UK residents, that aimed to reignite the stumbling property market.

However, since the General Election in December, there has been little sign of any proposed changes.

“Our latest research found that 41 per cent of consumers think there should be a wholesale reduction in stamp duty across all price brackets, while more than a quarter think government should abolish stamp duty on all homes under £500,000. Just three per cent felt no change was required, which highlights the need for change.”

The Government has stated that the next budget will take place on 11th March.

It is expected that there will be details in Mr Javid’s statement as to how a 30% discount for key workers and first-time buyers, mentioned in the Queen’s speech, would be paid for, as well as any details for a proposed Stamp Duty change.