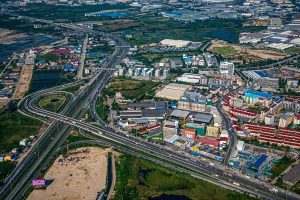 Just days before the ousting of the latest housing secretary Robert Jenrick, proposals to overhaul planning laws were quietly scrapped in what is thought to be a political move following Tory by-election losses to the Liberal Democrats in June.

The proposals were part of the government’s “Project Speed”, which aimed to modernise and simplify the planning system in order to meet a target of building 300,000 new homes per year. The consultation proposed mandatory housebuilding targets on local councils and would have prevented homeowners from objecting to planning applications in certain newly created “zones”.

But, according to a report in the Times, the proposals will now be abandoned due to criticism from voters, MPs and countryside campaigners, who said the changes would lead to the “suburbanisation” of green areas.

Michael Gove, who will head up the newly rebranded Department for Levelling Up, Housing and Communities, will meet with campaigners from within the Conservative party who opposed the ‘build, build, build, proposals.

“With pragmatism we can find solutions which help people get on the housing ladder but do not wreck our suburbs and green fields. Michael championed protecting the environment when Defra secretary and I hope he will do that in his new department.”

“We will see a lot more houses on greenfield land and in areas of outstanding natural beauty. The people in the north of England need these green spaces for their wellbeing.”

The Lancashire, Liverpool and Greater Manchester branches of CPRE in the North also opposed the planned reforms, describing them as an “utter disaster”.

Reports suggest that the reforms have now been scrapped following unexpected Tory defeats in the Chesham and Amersham by-elections in June, which some Tory MPs blamed on the planning reforms. Liberal Democrat leader, Ed Davey, said prior to the elections that if his party gained the Buckinghamshire constituency, previously a Tory safe seat, it would be “a massive mandate for those of us who were campaigning against the planning reforms.”

The Conservatives have already made significant changes to planning. The reform of permitted development rights enable builders to turn high-street businesses into flats and add two storeys to existing buildings without planning permission, boosting home building.

But there’s concern that this will further delay moves to support SME developers to build, according to the Federation of Master Builders (FMB).

“Forty years ago, small builders delivered 40% of new homes; but today it’s just 12%. We won’t fix our broken housing market if we don’t make it easier for SMEs to build the high quality homes they are known for, in their local communities.”

”Almost half of small house builders say that the planning system is one of the biggest constraints on their ability to build more homes. The pausing of planning reforms that had proposed greater support for SME developers is therefore a concern.”

The Ministry of Housing, Communities and Local Government has denied that any final decisions have been made on the reforms. A spokesperson commented: “we will not comment on speculation. Our response to the consultation will be released in due course”.