Property reforms on the menu for Queen’s speech 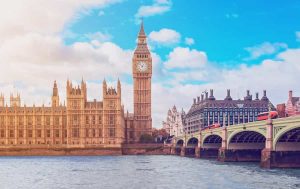 At the official re-opening of the Houses of Parliament today, the Queen made her opening speech, detailing what the Government will be focusing on over the coming year.

During her speech, the Queen outlined the 30 laws that ministers intend to pass over the next 12 months.

Given that the speech last just 10 minutes, detail was light but on planning the Queen said

“Laws to modernise the planning system so that more homes can be built will be brought forward, along with legislation to end ground rents”

The reality of a packed legislative agenda and the continued focus on Covid-19 recovery means that it is likely to be at least the Autumn before we see some detail around the proposals. The information so far suggests the government will focus on bringing more homes forward, particularly to purchase (but also enhancing the rights of those who rent). There was no direct mention of a proposals mooted in the last week including a 2 or 3 tier zonal planning system or any mention of the “use it or lose it” approach to applying Council Tax to unbuilt planning permissions for housing.

The lack of detail makes it difficult to be sure of the impact on conveyancers at this stage. Tracy Burtwell, Sales Director at SearchFlow suggests

“A large aspect of the proposals that were published in the Government’s consultation whitepaper last year focused on an increasing use of digital technology and data to make planning more accessible to all. This will be a major step forward in not only modernising planning but in standardising processes to make it easier and faster for stakeholders from across the wider property industry to access the latest information on planning applications and local plans – an imperative for property lawyers and conveyancers. We are interested in hearing the specifics of the reforms and the timescales for change, in due course.”

“The requirement for Local Plans to be digitally native and fully machine readable will be welcomed by all in the PropTech sector. However the introduction of planning zones and a reduction in the power of local objections in particular is an area that could cause much controversy.”

We consider it likely that zoning would have a huge impact on the desirability of an area by creating de facto social and economic barriers between Protected, Renewal and Growth Zones. The majority of homebuyers fall in love with a house based upon what it is, not what it will be in 10 years time, and properties within Growth Zones will have any sense of certainty around their future removed, particularly as they will not have the ability to react to proposals as they come forward. According to the proposed changes, areas where the greatest growth is expected will see the fewest planning controls for development. We would also consider that this may end up having an impact on property value by default, with Protected Zone housing attracting a premium at the expense of those in Growth Areas, with resultant tensions likely between property owners and those responsible for deciding zoning limits.”

Mark Hayward, Chief Policy Advisor at Propertymark acknowledges the demand created by the SDLT holiday but warns that

“simplifying the planning process… this will only work if it really reflects local needs and demands. We hope the Planning Bill outlined today encourages the development of housing in more affordable areas, as at the moment, most of the development taking place is in areas that are unaffordable to first-time and lower income buyers.”

Alongside the planning reforms sits a commitment to abolish ground rents on leasehold property; again, the devil will be in the detail as. Katie Cohen, a property partner who specialises in leasehold enfranchisement at Keystone Law

“It remains to be seen the extent to which the Government will abolish ground rent on leasehold properties in the forthcoming session. Perhaps reference to “new” properties is to houses only as opposed to flats. Will the sale of new leasehold houses be abolished in accordance with previous manifesto pledges as part of the proposed Bill? We all wait with baited breath whether adverse ground rents in existing leases are tackled now or form part of the latter anticipated leasehold reforms expected in the future.”

But Stuart Tym, a planning lawyer at Irwin Mitchell suggests that the planning reforms are at odds with the UK government’s commitment to net-zero and identifies a natural tension between

One of the interesting and less-well reported elements of the speech is the potential funding and powers to be given to HS2 which potentially affects firms acting for home movers on or around the proposed route. We await further detail before we can fully understand the potential implications.