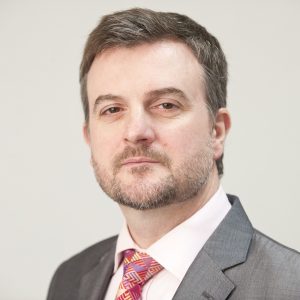 Chief Legal & Compliance Officer at Fleet Mortgages was previously Principal at Slater Rhodes before moving to Fleet in September 2014.

He spent 25 years in private practice, but after the management at one client Capital Homelands left to form a new business and asked him along he jumped at the chance.

Philip said: “I was never actually a conveyancer myself, but what I was involved in was professional negligence work on behalf of lenders, suing solicitors and conveyancers for failings so I’ve seen it at its worst.

“Conveyancers are getting busier, with the insight I’ve had, I’ve become am a great believer in the conveyancer charging a proper fee for a proper job, and I think one of my frustrations was that it had been commoditised, and I think lenders played a considerable part in that with things like fee free remortgage deals pushing the unit costs down and down and down.

“I used to have regular conversations in private practice with clients who would pay hundreds of thousands in fees for legal work, and you might be sitting and chatting and then you find out they moved, and the question comes up oh, who did your conveyancing then, and they didn’t use us, so the relationship we have with the client just goes out the window at that point.”

The downward pressure on fees have resulted in problems for the industry according to Philip, with referral fees from brokers and estate agents playing a part.

He continued: “A lot of the problems stem from that, there is huge pressure on fees, and that results very often, in less experienced, more junior staff carrying out the work which leads to problems. I’d love to be able to say they can charge a proper fee for the work, we don’t interfere at Fleet with our panel, but I know they come under pressure from all sorts to keep fees down.

“It’s a cut-throat world out there, and what is the largest single transaction it’s a big old risk, and that bothers me, both as a lender, but also on behalf of my fellow Solicitors, in the industry as they are under that.

“We only go through intermediaries, they are gatekeepers to relationships with conveyancers, and they need to say the cheapest doesn’t get the deal done as quickly as you would have liked. Brokers only get their fee when the sale completes, so it is in their interest for it to proceed as smoothly as possible. And I have to say at this point that they’re paid referral fees as part of the process as well, they’re thinking they might as well make something out of it but it squeezes the conveyancer’s fee further. I’d love to be able to say look at the bigger picture and get your clients to the most effective and streamlined conveyancing outfit you can.

“It’s certainly negative for conveyancers. It’s not recent and it’s going on for years, and I don’t think it’s been a very welcome one. Now I’m on the other side of the fence, I can say regrettably, you get what you pay for.

Despite all these pressures, Philip says there are still good numbers of conveyancers doing good work for clients.

He continued: “The important thing to bear in mind is there are some conveyancers are doing a really good job faced with all these pressures and they should be applauded. However, there are a lot who aren’t so great.

“Now, I think the last recession and the drop off in numbers probably had an impact as a lot couldn’t carry on, it used to be the case that come every end of September/October, the PI renewal date, you’d see a lot of providers disappear without PI cover. That’s slowed over the past few years as the economy has bounced back, but certainly in 07/08 they couldn’t get insurance cover cos of the volume of complaints. That’s not what it was.

“After 07/08 lots of firms couldn’t get cover and closed doors, that hasn’t happened over the past few years. I think that underlines about being able to charge a proper fee, there’s recognition that it’s a high risk activity, it accounted for the vast majority of claims against PI cover and always has done, but still law firms aren’t properly remunerated for that work in line with the risk, and maybe there needs to be an education piece for brokers and clients, it’s dismissed as a paper shuffling exercise and it couldn’t be further from the truth. Students always say land law is the most difficult element of study as it’s tricky stuff.

“Fees are a really tricky subject, for most it’s the biggest single transaction, and people seemingly resent paying fees. I was amazed how small conveyancing fees were compared to what estate agents get. That hasn’t changed but people don’t seem to mind.

“it will take a bold initiative from the conveyancing industry, to step off this treadmill of being battered over fees. I don’t have all the answers, it’s a difficult question. I’m an advocate for a proper fee for a proper job. As a lender I want to see it move quickly and properly as we want it all to be tickety-boo, and to enforce security it’s as important for us as borrowers.”