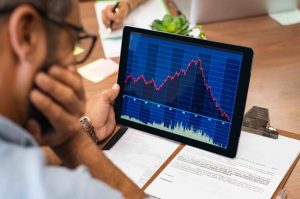 Following the news that Housing Secretary James Brokenshire is considering removing the Government’s coveted Help to Buy scheme from Persimmon PLC, shares in the company fell by almost 5% on Monday.

The company’s share value fell by 4.7% on Monday and ended trading with a value of 2,352p as investors worried that the company could lose its Help to Buy status that has helped improve profits in recent years.

Before the news, revealed at the weekend, Persimmon PLC were trading at around 2,474p per share. Whilst market confidence is beginning to return with share prices increasing slightly to 2,411p per share by the end of trading on Tuesday, the news has had a significant impact on the share value of the company.

Russ Mould, AJ Bell’s investment director, said: “The poisoned legacy of the frankly astonishing £75m pay award to its former chief executive Jeff Fairburn continues to haunt housebuilder Persimmon if weekend press reports are any guide. If these rumours prove accurate it would be a damaging blow for the company given that around 50 per cent of the homes it built in 2018 were sold through the scheme.”

A source close to the secretary of Housing, Communities and Local Government, James Brokenshire, said: “James has become increasingly concerned by the behaviour of Persimmon in the last 12 months.

“Leasehold, build quality, their leadership seemingly not getting they’re accountable to their customers, are all points that have been raised by the secretary of state privately.

“Given that contracts for the 2021 extension to Help to Buy are being reviewed shortly, which overall is a great scheme helping hundreds of thousands of people into home ownership, it would be surprising if Persimmon’s approach wasn’t a point of discussion.”

How damaging will the removal of the Help to Buy scheme be to the company?