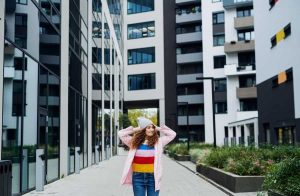 There was outcry over the Fire Safety Bill being passed in Parliament last week as critics believe the reforms will leave leaseholders footing the bill associated with the removal of dangerous cladding.

The survivors and bereaved families of the Grenfell Disaster were unhappy just prior to the passing of the Fire Safety Bill, which is set to leave many leaseholders paying for the removal of dangerous cladding from their buildings.

The Government has previously insisted that leaseholders would not bear the cost of removing the highly flammable cladding, but it is believed the Bill will leave people liable for costs of up to £50,000.

Grenfell United said in a statement to the PA news agency:

“We’re deeply disappointed that ministers have broken their promises to leaseholders who have done absolutely nothing wrong. The Government’s position on this is indefensible.”

“It’s a grave injustice that many innocent leaseholders will be financially ruined over fire safety issues that were not of their own making, while the Government is letting those responsible continue to get off scot-free.”

“The Government has fought hard against amendments put forward to save leaseholders from widespread bankruptcy and financial ruin caused by bad regulations, corporate malfeasance and shoddy building work.

“If only they had bothered to work half as hard to protect us.

“This Bill pulls the rug out from under a generation of homeowners. MHCLG (the Ministry of Housing Communities and Local Government) knows it. MPs and peers know it. (Housing ministers) Christopher Pincher Lord Greenhalgh and Robert Jenrick – whatever tired lines they may repeat at the despatch box – know it.

Last week, before the Bill became law, the government opposed an amendment to the fire safety bill intended to protect leaseholders living in unsellable and potentially dangerous high-rise homes from financial ruin.

Despite 32 Conservative rebels, the Commons voted 322 to 256 to reject a House of Lords amendment aimed at protecting leaseholders from costs to make their homes safe in the wake of the Grenfell Tower fire.

MPs believe that the total bill could reach £15bn, but so far the government has pledged only £5bn to fund cladding repairs on buildings over 18 metres tall. It has offered loans on repairs on shorter properties, which it argues are less of a risk.

Last week, the Housing, Communities and Local Government Committee (HCLGC) told the Government that leaseholders should not have to pay for the removal of unsafe cladding from their homes and called for the Government to establish a Comprehensive Building Safety Fund that addresses the true scale of fire safety issues. HCLGC believe that monies for the fund should be provided by Government and the building industry itself.

“While the extra funding for cladding removal is welcome, it will be swamped by the sheer scale of fire safety issues in multi-occupancy buildings. In the years since the Grenfell tragedy, we have been shocked by the reality of the danger that flammable cladding poses, by how pervasive these materials are in modern buildings and by the frequency with which fundamental fire safety measures, including fire breaks and sprinkler systems, are simply not there. £5 billion in funding is significant, but just cannot match the ongoing legacy of these fire safety failings.

“Most importantly, the Government’s recent proposals fail to adhere to the fundamental principle that leaseholders should not have to pay to fix these problems. That is why we have called on the Government to enhance support and develop a Comprehensive Building Safety Fund that targets support to where occupants are most at risk, rather than the current height- and product-based approach. Proposals to implement a loan scheme for leaseholders to pay for cladding remediation on buildings below 18 metres should also be abandoned.

“We call on the Government to revisit its proposals and develop a scheme that truly matches the scale of fire safety issues. It must prioritise support to where the safety risk is greatest and rebalance the financial burden so that it falls on the Government and industry, and not on leaseholders.”

On the same day as the Fire Safety Bill being passed through Parliament, the government launched a formal consultation process with a view to introduce a new Residential Property Developer Tax as part of its Building Safety Package to contribute to cladding repair work.

The proposed tax will apply to those developers whose profits were over £25 million.

A statement issued by the Ministry of Housing, Communities and Local Government says that the government believes it is right that residential property developers – “who will benefit from the restoration of confidence to the housing market” – should help fund the significant costs associated with the removal of unsafe cladding.

The proposed new tax is predicted to raise £2 billion to fund costs and the motive is to act as a general tax on housebuilder profits and also a tax for those developers who are applying for consent to develop high-rise buildings.