Over-55s Over Reliant On Home Equity In Financing Their Retirement 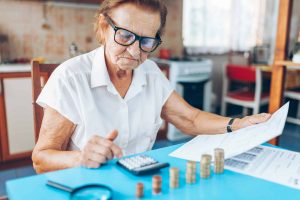 Almost a quarter of women over the age of 55-years-old are massively unprepared for financing their retirement.

A recent report of 1,000 people over the age of 55, carried out by Sunlife, has found that one in four (24%) women over 55-years, who own their home, do not have a private pension set up in their name. In contrast, only one in twenty male home-owners within the same age bracket have failed to ensure they have a private pension pot to help with their retirement.

The survey results imply that female property owners in particular are reliant in the equity in their homes to help fund their retirement.

Luckily, this generation of older home owners have accrued significant equity in their homes since they first moved in. According to the report, during the average 24 years this age demographic have owned their home, property prices have increased by 62%, with the average property price increasing by £111,000 to £291,000.

When questioned about equity release as a way of funding later life, 3% of female respondents already had an active policy, with 28% seriously considering a policy in the near-future.

Worryingly, over a fifth (22%) of female respondents believe they are financially worse off than they had anticipated they would be at this stage in their life; in comparison, only 14% of men were concerned by their financial position in later life. 70% of female respondents were concerned by the cost of living with 47% citing low interest rates as a cause for concern.

“Downsizing is an obvious choice when it comes to releasing cash from your property, but our survey shows that 61% of women over 55 do not want to move, with more than half (56%) saying ‘I love my home and I can’t see myself moving in my lifetime.’

“While there will be many women who do not have a private pension but will benefit from their partners’, there will still be some women over 55 who simply do not have sufficient means to fund their retirement. However, these women may have a significant amount of equity in their homes.  Many are reluctant to leave their homes, and that is when equity release can offer a solution.”

Whilst many in the report rebutted the idea of downsizing as they want to leave their home to their family or consider moving too stressful, for a huge amount of the older generation, their home has now become their main source of income support during retirement.

Have you noticed an increase in homes being sold because of equity release liabilities? Will more people need to use equity release products in the future?