Only A Quarter Of Younger Generation Will Own Property By 2026 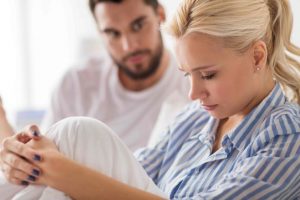 The majority of people who do not currently own their own home believe that the dream is now permanently beyond their reach.

According to a recent survey from lender, Santander, 70% of respondents feel they will never own their own home without significant support and the younger generations will only struggle further in the future without drastic changes.

The largest ever survey looking into the plight of aspiring first-time buyers (FTBs) found that less than 25% of 18 to 34-year-olds will be able to buy a home by 2026 with 64% convinced property ownership will fall for future generations.

Despite 91% of the younger generation still aspiring to own their own home in the future, spiralling property prices moving faster than income is putting the dream out of reach with many worried that only the affluent will be in a position to buy property in the near future.

This means that the average household income is finding it increasingly difficult to save the money needed for a deposit. In fact, Santander’s ‘The future of the home ownership dream’ report has found that prospective first-time buyers are only able to save just over half of the target figure needed for a deposit.

Currently, the average saver is managing to squirrel away £24,816 for their deposit. Unfortunately, this falls well short of the average £44,000 deposit needed for the average home.

Unsurprisingly, this has led many to depend on Help to Buy schemes in order to save a 5% deposit. 37% of potential FTBs have called for the scheme’s extension beyond 2023 or a viable alternative to ensure they are able to purchase a home with just a 5% deposit.

73% of respondents feel that more Governmental support is needed to ensure home ownership does not slip back solely into the hands of the nation’s affluent. 35% believe a cap on rental prices could enable people to save with greater ease with a third looking for stamp duty cuts.

“It’s clear that while the aspiration to own a home is just as strong as in previous generations, it’s a dream that is looking increasingly out of reach. Without change, home ownership in the UK is at risk of becoming the preserve of only the wealthiest young buyers over the next decade.

“This report should be a wake-up call for industry and the government to think more creatively to keep the home ownership dream alive for the next generation of first-time buyers.”

Is home ownership moving further away from the squeezed middle- and lower-income earners? What needs to be done to ensure more income brackets are able to purchase property?