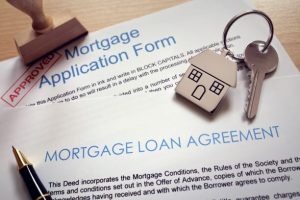 The seasonally adjusted figures from UK Finance indicate that mortgages approved for the purchase of a house rose to 39,697. This has increased from the five-month low of 38,172 in September’s figures.

Whilst the figures suggest market growth, the statistics reveal that this is still a 1% decrease on October 2017.

Johan Groothaert, CEO at Fiduciam said: “The October figures for mortgage lending provide comfort in that they still show growth in mortgage lending, albeit subdued growth.

“The consumer credit figures indicate consumer confidence is rapidly ebbing away, which does not come as a surprise given the economic uncertainty created by the current political situation.”

John Phillips, group operations director at Just Mortgages and Spicerhaart said: “Today’s UK Finance Figures show a rise in gross mortgage lending and a fall in remortgaging, which is the opposite to what we have seen over the past few months. But rather than celebrating any sea change, I think the figures simply confirm the uncertainly of the economy and the mortgage market. Because, while the figures show remortgaging has fallen, for us, the remortgage market is still very strong, and purchase has subdued a little, but not a lot. And it is important to keep in mind that this is an overall figure, and we are seeing huge differences across the UK, with London slowing hugely while the North is still fairly strong. I also think what we may be seeing is the traditional end of the year figures coming a little early, but in the current climate, it is very difficult to see any trends at all.”

Whilst approved mortgages rose slightly in October, the fact that transaction volume is still significantly lower than 2017 highlights the slowing market that Brexit uncertainty is creating.

Have you experienced a slight increase in housing completions in October? What should be done to help improve the market?