Not All Leaseholders Are Embracing Proposed Reforms 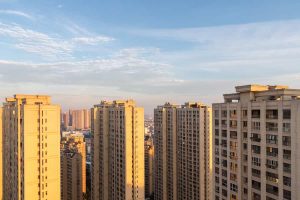 Over the past couple of days, there have been lots of positivity surrounding the Law Commission proposed reformation of the leasehold sector.

Savanta Group surveyed over 1,000 leaseholders who live in blocks of flats across the UK, to find out how they felt about the reforms being proposed and welcomed in by many in the sector in the form of the Building Safety Bill.

This Bill will see an “accountable person” in charge of building safety, and with the removal of freeholders, leaseholders will have to manage the building.

In the Law Commission’s published report, it said that it was “paving the way” for a system of shared ownership and responsibility in apartment blocks by “establishing commonhold as the preferred alternative system.”

However, this latest research from Savanta found very little evidence that residents wanted to take on responsibility for the management of their block, with leaseholders most concerned that they would be responsible for “keeping on top of fire and safety management”.

67% are worried about the extra admin and neglect of building maintenance. A further 65% foresaw personal health and safety as an issue, given many leaseholders’ “lack of awareness around certain issues and understanding of up-to-date legislation”. 63% fear conflict with other residents when it comes to decision making.

Hayley, a leaseholder in Manchester said:

“It would be an absolute disaster. I’ve got no expertise in fire safety and management of buildings and I know there are a lot of landlords in my block who don’t live there – how on earth do you come to decisions?” These concerns were echoed by Spencer, a leaseholder in Bedford, who said: “Not much could be done to make me trust another leaseholder. I would rather a freeholder do this; they know what they are doing. It’s gone well so far, so why would we change it now?”

Sanjay, a leaseholder in Birmingham, commented:

Around half of respondents report never having had an issue with their lease. A large majority (72%) are happy with the level of information they receive, and a further 73% are happy with their current rights and responsibilities, preferring management of the building to be someone “who does it as their everyday job.”

Liz, a leaseholder in London, added:

“The Accountable Person is the largest concern as you are putting a lot of faith in one person to do what they need to do on behalf of the whole block. If they don’t do it there will be consequences for everyone. I would be worried about people not keeping on top of fire and safety management, and there could be concerns regarding personal safety.”

A 37% of leaseholders even went as far to say they would be more likely to sell their home if these new obligations fell to them. This signals a major impact on the housing market if such responsibilities were not picked up by professional freeholders, including building disrepair and conflict between residents.

“This study engaged a large sample size of 1,000 leaseholders to assess attitudes towards potential legislative changes associated with building safety and management, and the findings were clear.

“Current satisfaction with being a leaseholder is high, and it is this lack of issue with the status quo that underpins leaseholders’ broadly negative reaction to the changes. Overall, this is a clear piece of research that signals concern at the negative impact the proposed changes would have to a broadly content leasehold base.”

“The Government is right to be introducing these new reforms to building safety, but this new evidence clearly shows that leaseholders do not want to be landed with these responsibilities themselves.

“As professional freeholders, we are perfectly positioned and equipped to take on these legal and financial responsibilities, but this will be impossible if the Government drives freeholders out of the market by removing our financial incentive, in the form of a reasonable ground rent. The evidence is clear that such an outcome would be bad for leaseholders.”