It’s not coming home; diary of a High Street Conveyancer 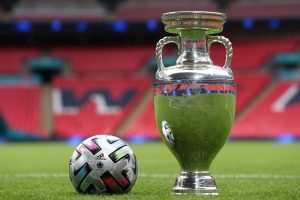 Devastated… watching the football last night was just so heart wrenching. You had to feel for all the players. It was such a brilliant game and such a cruel way to lose.

Well done to the England team, who have provided a welcome distraction from the trials and tribulations of the last few months, given the nation a great deal of hope and demonstrated how co-operation and teamwork can make such a difference. The key to the success of the team has been in the understanding of their own and each other’s roles are and how everyone has a part to play.

As we came into July, I was filled with hope that there was going to be a new way of working between conveyancers, estate agents, brokers, home movers – we had pulled together to get people moved, and I believed that there had been an element of mutual understanding from estate agents as to what was involved in the conveyancing part  – we just pull everything together and make sure that everything is in order so that people can buy their dream homes.

How wrong was I?

On the morning of the 30th June, I took a phone call from an agent asking me for an update. My instinct was to laugh and then ask her if she was joking, but you will know that us solicitors have to remain professional and courteous at all times. It was only on a matter where the sale had been agreed the week before but she wanted to know why I had not sent the draft contract documents to the buyers’ solicitor.

Again, I wanted to laugh, but maintained my composure  – while all hell was breaking out around me – and calmly explained that it was not top of my priorities at the moment.  I thought that would suffice, but no!!  I was told that I was letting my client down along with the rest of the chain and that she would need to tell my client I was being particularly unhelpful.

What more could I say?  my courtesy was waning but I told her that was entirely up to her and she should do what she thought was in the best interests of the clients.

Nothing more from her though but the next day, my client called in the afternoon, and told me that she had called him straight after speaking with her and he had explained to her that it was not urgent to him, and he understood why it was not urgent to me and he had no intention of calling me on the 30th June to discuss it with me, as it could wait.

What shocked me was that the client knew more about the pressure than the agent! I would like to think  that we could just put it down to her lack of experience but I think not. It has been relentless since the end of  June with agents chasing for updates on matters, and thinking that they can put the pressure on again. I do not know if  agents are aware of our obligations following completion, but whereas their job finishes when they hand over the keys, we still have to deal with all of the post completion formalities of SDLT and Land Registry applications.  And we have  such a short space of time in which to deal with these matters

And now we will receive emails from lenders checking that we have lodged the  application to register. “Sorry, Mr. Lender, I did not have a chance as an estate agent needed an update on the next matter” ……..not an excuse!

So I did truly believe that things would be different – but no! We still seem to have the discord between agents and solicitors; them wanting us to push transactions through quicker than we want to, and can do. Perhaps we should all offer to let an estate agent do work experience in our offices for a week and then we should work with them for a week.  Perhaps then we would have a better understanding of what each other’s role entails and how working together as a team can deliver even greater success!

Hard luck England… but we can keep dreaming!