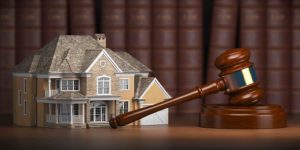 Surplus NHS and public Government owned land is being sold in record numbers, yet the benefit to most middle and low income earners will be zero.

According to the ‘Still No Homes For Nurses: How NHS Land Is Being Sold Off To Build Unaffordable Homes’ report, carried out by the New Economic Foundation (NEF), found that the average expected sale price for a property built on unwanted NHS land is currently £306,434.

NEF speculated that these prices force middle earners, like nurses, out of the affordability bracket for homes that should be an ideal location. In fact, estimated prices are actually 9.6 times higher than the average wage of a nurse.

It was also thought that an adequate deposit to purchase a house built on NHS land would take a nurse 35 years to save up for.

Despite the bulk of developers buying the land with clear stipulations to portion a percentage, usually around 5% for affordable housing, the majority are finding ways to circumvent their responsibilities.

Instead, 83% of the homes built on this land will be for market sale. Whilst the remaining 17% is classed as affordable, in actual fact 80% of this figure is made up of shared ownership opportunities with few rental properties being offered at 80% market rental value.

67% of the homes currently being built would be unaffordable to a nurse on an average salary and those on extremely low incomes are also unlikely to be able to afford shared ownership. For the majority, the public land that is sold will have no benefit to them.

What this amounts to, is a distinct lack of affordable housing that can be used to reduce the growing 1.2 million households on the social housing waiting lists.

The Government’s desire to fulfil their aim of building 300,000 new homes per year seems to have blinded them to the actual need and types of homes that need to be built; allowing developers to break promises through a murky underworld of immoral loopholes. The report found a myriad of oversights and a significant number of loopholes helping developers unburden themselves of their social obligations in order to maximise their profits.

A London development of 91 homes at Thorpe Coombe Hospital would take a nurse 100 years to save for a property deposit. Whilst both the London local authority and borough-wide housing association have a target of 50% affordable housing being built on public land in the area, this particular development has been approved with no affordable housing.

Similarly, a Huddersfield development planned to be built on NHS land had a requirement to save at least 5% of the land for affordable housing. However, developers are exploiting a ‘viability loophole’ which indicates the developer cannot afford to viably use the land for social means. The loophole will boost profits whilst reducing their contribution to zero.

In 2018/19, 718 NHS sites have been listed for sale. This represents a 72% increase on the 418 sites sold off two years ago. The NHS and Government have been accused of short-sighted economics by looking for a one-off capital receipt that will fail to benefit low income households.

As private rental landlords leave the sector amidst Governmental regulatory change, it is thought that the need for affordable accommodation is only going to increase at a greater pace in the future.

The report insists that Governmental planning forces should close all viability loopholes enabling developers to nullify their obligations.

It has also been suggested that amending the current policy of selling to the highest bidder, creating expensive land that developers then need to recoup is failing to deliver the affordable housing that is desperately needed. The government should look at the motives of the development team, accepting less for housing schemes that aim to benefit low income households.

When the average UK wage is currently £25,014, it is clear that the majority of land, formally owned by the government, may be finding a new purpose and helping the government achieve their vision of 300,000 new homes per year. However, the majority will never benefit from these homes and the housing crisis will only intensify further without increased intervention.