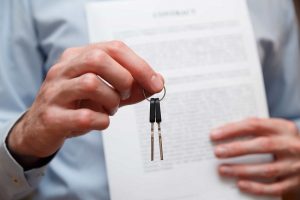 The Government has announced plans for a new national model for shared ownership which means that homeowners will be able to increase their share at lower increments.

Housing Secretary Robert Jenrick has said that the changes will help to close the opportunity gap and help millions of young people into home ownership. These changes come at a great time for first time buyers, as a recent survey found that two-thirds of aspiring first time buyers feel they are stuck in a rental trap. The survey carried out ahead of the first time buyer show in Manchester next month, reported that 65% of first time buyers said they would need to use either Help to Buy or shared ownership scheme to even consider purchasing their first home.

Results from the survey also revealed that 10% have been saving for a house deposit for 7 years plus, while 54% are planning to buy their first home with a partner, and 42% intend to purchase a property on their own.

However, most respondents (81%) have been forced to give up or cut back on luxuries indicating a firm desire to get on to the property ladder and home ownership is top of their priority list.

The changes to the shared ownership scheme mean that people will be able to buy their home in 1% chunks, rather than having to pay 10% at a time, while the Help to Buy scheme has been reformed to facilitate those people taking out a mortgage. The current 10% chunks can be as much as £45,000, in the process known as staircasing.

“Building the houses this country needs is a central priority of this Government. We know that most people still want to own their own home, but for many the dream seems a remote one.

“My mission is to increase the number of homes that are being delivered and to get more young people and families onto the housing ladder, particularly those on lower incomes. That’s why I am announcing radical changes to shared ownership so we can make it simpler and easier for tens of thousands trying to buy own their own home.”

“Help to Buy, the cut to stamp duty and our home building programmes are already making a real difference, but I am clear we need to go much further if we are to make the housing market work. I will be looking at ensuring young people from Cornwall to Cumbria aren’t priced out of their home areas and how we can build public support for more house building and better planning. This Government will help a new generation to own their home.”

Jenrick also announced that he will look to reform the planning system to increase housing delivery. This could include increasing the number of homes sold at discounted prices, boosting home ownership and helping build local support for new developments. The Help to Buy scheme will also be changed, making it much easier to take out a 35-year mortgage. The Government has closed the loophole that prevented people from taking out a mortgage with a term of more than 25 years. Now, homeowners can reduce their monthly repayments by spreading out their monthly repayments over a longer period.