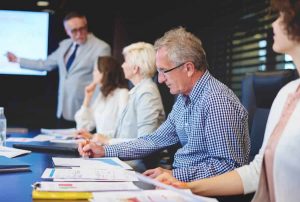 The Government has launched a Commonhold Council of leading industry figures who will inform the government on the future of this type of homeownership.

The Housing Secretary, Robert Jenrick, has revealed that many industry expert stakeholders will collaborate together to advise and promote commonhold and says the initiative is part of the government’s attempts to usher in the most significant reforms to property law in England for 40 years.

The new council is made up of experts in the field of property who have deeper knowledge and understanding of leasehold. They include Kate Faulkner of the Home Buying and Selling Group, Sebastian O’Kelly of the Leasehold Knowledge Partnership, Katie Kendrick of the National Leasehold Campaign and Mairead Carroll of RICS.

It will be chaired by the building safety minister Lord Greenhalgh and promote the benefit of commonhold. The collective industry groups and representatives will bring their expertise on the consumer needs and market readiness for commonhold within the housing sector.

The launch of a new Commonhold Council follows the Queen’s opening speech days earlier which signalled its intention to reform and modernise the housing system. The speech detailed what the Government will be focusing on over the coming year, one of which was the Planning Bill – which will introduce changes to the planning system in England.

The government argues that Commonhold gives homeowners more freedom over the decisions that are made and they are ultimately in control of their building. The expert group will aim to help homeowners gain more control over their homes as the commonhold model provides a structure for homeowners to collectively own the building their flat is in, with a greater say on their building’s management, shared facilities and related costs. There are no hidden costs or charges, preventing some of the egregious practices currently seen in some leaseholds.

The Commonhold Council has been formed following recommendations made by the Law Commission to simplify the commonhold system and expand its use for both new homes and existing leasehold buildings. The government says it will respond to these recommendations in due course.

“We want to give homeowners across the country the autonomy they deserve.

“The new Commonhold Council launched today [13th May] will – together with leasehold groups and industry experts – pave the way for homeowners in England to access the benefits that come with greater control over your home.

“We are taking forward the biggest reforms to English property law for 40 years – and the widespread introduction of commonhold builds on our work to provide more security for millions of existing leaseholders across England, putting an end to rip-off charges and creating a fairer system.”

Responding to the news industry body The Society of Licensed Conveyancers (SLC) has indicated it is broadly supportive of the initiative but says it is important that the Council and the appointed Technical Support Group is not a ‘talking shop,’ and focuses on the legislative changes that will be required to result in the widespread adoption of Commonhold.

‘The SLC has long campaigned for reform of leasehold legislation and a move to widespread adoption of Commonhold in its place. It is greatly encouraging that the Government is now taking this seriously following the recommendations made by The Law Commission in its report published in July last year.

The SLC has also raised the concerns around the lack of representation of conveyancing practitioners as part of the council and Technical Support Group. Continues Law:

“As part of this work, it is very important that conveyancers have a strong and meaningful voice in the Council, and the Society is concerned that there appears to be minimal conveyancing representation on the Council and none at all in the Technical Support Group. We hope that there will the opportunity for experts within the SLC to be consulted and have input to this important work.”