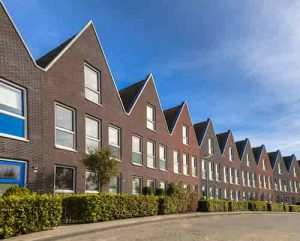 The government are ploughing ahead with plans to introduce a New Homes Ombudsman.

The government statement claimed the Housing Secretary is set to ‘clamp down on shoddy housebuilders’ by offering the new independent ombudsman increased powers to protect homeowners.

Following concerns about redress and the time it takes developers to rectify issues if homeowners of new build property face an inevitable snag or defect, the Ombudsman will focus on issues ‘from sloppy brick work to faulty wiring.

The new system will ensure that all builders and developers join the ombudsman and fix all defects in a timely manner. Those producing poor quality builds will also be forced to pay compensation for shoddy work under the new powers handed to the Ombudsman.

The press release claims that:

“Where people are in dispute with developers, the new Ombudsman will act swiftly and independently to resolve any issues – ending the injustice of people facing long waits and costly court cases trying to sort out problems with their new homes.”

Government officials have also claimed that Help to Buy property will also be held to ‘higher standards’ in a bid to ‘ensure developers put quality first.’

The New Homes Ombudsman will be enforced in law as soon as possible and will enable them to:

The announcement follows a three-month long consultation which elicited suggestions such as creating legislation to force developers into belonging to a New Homes Ombudsman and creating a Cope of Practice for developers when selling new homes.

“It’s completely unacceptable that so many people struggle to get answers when they find issues with their dream new home.

“That’s why the Ombudsman will stop rogue developers getting away with shoddy building work and raise the game of housebuilders across the sector.

“Homebuyers will be able to access help when they need it, so disputes can be resolved faster and people can get the compensation they deserve.”

“This announcement is a step in the right direction for consumers and house builders alike. As the FMB had demanded, it is correct that the New Homes Ombudsman will be backed up by law. We are pleased that the Government has recognised that the new system must not be burdensome to small and medium-sized (SME) house builders. If we are to meet the Government’s target of building one million homes over the next five years, SME builders must be encouraged to play their part. The details of this sensible step are still to be worked out, and the SME building industry must be central in the process as the funding, standards, and delivery model are decided upon. Any new consumer code must also ensure that all new homes are covered by the highest-rated insurance companies.

“While welcome, the drive towards ensuring quality for the consumer cannot be fully achieved without an industry-wide adoption of a licensing scheme. So long as any company is legally allowed to undertake construction work in the UK without having to demonstrate a minimum level of competence, homeowners will remain at risk from rogue builders and poor service, leading to the sorts of complaints that the New Homes Ombudsman has been established to address.”

What impact will this have on consumer redress and the buying and selling process of new homes?