Negligent Conveyancers could be liable for millions over title fraud 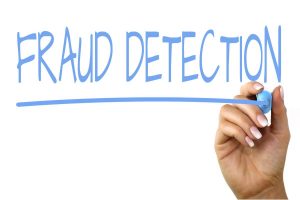 Conveyancers who fail to take reasonable steps to confirm clients’ identities under Law Commission recommendations to reform the Land Registration Act may be liable for millions of pounds to the HM Land Registry.

Looking at the Land Registration Act 2002, the Commission says the registry has paid almost £60m in indemnity payments over the past 10 years due to fraud taking place on registered land. If a title has been fraudulently transferred and recorded on a register by the Land Registry, victims are able to claim indemnity.

A ‘duty of care’ will be imposed by the commission, under the new reforms, to ensure that conveyancers make the necessary efforts to check a client’s identity. Conveyancers failing to make the checks would then be charged by the registry. The commission states, ‘Our reforms ensure that the financial consequences of fraud fall on the minority of conveyancers who do not exercise appropriate due diligence. They will also encourage best practice in the profession, and, by providing a standard set of checks, give clarity and certainty to conveyancers about their obligations in respect of identity checks.’

In defence of the recommendations, Professor Nick Hopkins, law commissioner, said: ‘For many, the land they own is the most valuable thing they will ever have, so it’s important that the registration system provides clarity over who owns what. The Land Registration Act was a huge leap forward in land ownership, but 15 years on it needs to be refreshed to adapt it to the modern world and make things as efficient as possible. We’re recommending some technical reforms which will iron out the kinks, help prevent fraud and make conveyancing faster, easier and cheaper for everyone.’

The final comment has caused speculation as to how the new reforms can decrease the likelihood of fraud whilst also making the process “faster, easier and cheaper”. With competitive markets already stretching conveyance fees, would additional work, with the increased pressure of the new reforms, create an even greater disproportionate gap between accurately completed work and the fee that is charged? Or, would a more effective ‘technical reform’ create a more efficient and accurate system that would benefit everyone?

New electronic conveyancing that does not require completion and registration to happen simultaneously has also been introduced to ensure any ‘kinks’ are minimised. Improvements have been made as the 2002 electronic system was considered to be “not flexible enough to facilitate the development of electronic conveyancing in a way that responds to technology and the market’. It is hoped that the new system will enable a smoother and faster approach.

The reforms have been designed to improve the process for home buyers and sellers, in particular. Russell Hewitson, chair of the Law Society’s Conveyancing and Land Law Committee said: “Effective land registration is essential for everyone who owns land and so we welcome the Law Commission’s recommendations to the Land Registration Act 2002. In particular, we welcome changes that would both improve fraud detection and highlight the threat of fraud. Overall these recommendations should improve the conveyancing process for home buyers and sellers, business owners and investors.”

Will the new land reform improve the flawed system of old and help to eradicate fraudsters in the future? Are conveyancers concerned that the new reforms will place additional pressure on already tight and time-consuming deadlines? Are these new reforms unfairly scapegoating conveyancers?