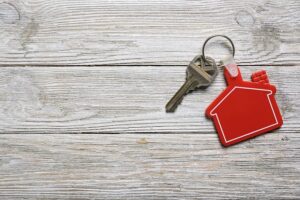 The National Leasehold Campaign (NLC) and The Association of Leasehold Enfranchisement Practitioners (ALEP) have issued statements of support for the latest news from the Department for Levelling Up, Housing and Communities, announcing a consultation on phase two of the government’s leasehold and commonhold reform programme.

“This consultation continues to demonstrate just how committed and determined government are to fixing this broken Leasehold system as well as working towards a Commonhold model that will ultimately be the sunset clause on leasehold across England and Wales forever. Leasehold is well and truly at the top of the political agenda and that is because of the relentless efforts of leaseholders themselves have united to ensure the spotlight shines brightly on this iniquitous, feudal system that really does have no place in the 21st century. It is paramount leaseholders continue to have their voices heard by taking part in this consultation.

If these proposals to make collective freehold purchase and right to manage cheaper, simpler, and more accessible are enacted and not watered down following this consultation, we will finally see leaseholders cast off their feudal chains as part of the biggest democratisation of flat ownership and land rights that England and Wales have ever seen. This is exciting.”

The NLC also endorses specific proposals to remove the antiquated “25% rule” concerning mixed-use developments and to abolish marriage value affecting those leaseholders stuck on short leases. The NLC says it has highlighted the need to include Shared Ownership in these reforms, and that increasing their rights within this fairer commonhold system is important.

“After years of consultations leaseholders report feeling fatigued. The NLC will galvanise leaseholders to respond to this important consultation.  We are in no doubt developers, freeholders and lawyers who find our homes so profitable will be trying to persuade ministers and officials not to derail the leasehold gravy train by enacting these reforms. Our members in both flats and houses want to see the costs of freehold purchase slashed, which this consultation is proposing through compulsory leasebacks and the abolition of marriage value.”

“The NLC strongly supports this consultation before final policy decisions are made which we hope remain faithful to the outstanding work of the Law Commission reports that were extensively researched and consulted upon. Leaseholders simply want the homes they paid for and the autonomy and dignity they know that comes from real home ownership.”

“Any plans to make the leasehold system simpler are to be warmly welcomed and ALEP will be actively participating in the consultation. It is so important that industry experts help to shape future changes to the system, and our members will relish the opportunity to consult and input into the proposed changes.

The Government has committed to making commonhold work and our members have been actively engaged in advising the steps needed to achieve this. Whilst the government has repeatedly stated its commitment to fundamental reform of the leasehold enfranchisement system, there is no definitive timescale as to when any of the measures may be implemented, which makes it hard for leaseholders and those advising them to be clear about when these reforms are likely to become law. This consultation on introducing changes to support greater use of commonhold could provide some clarity, which would be very welcome.”