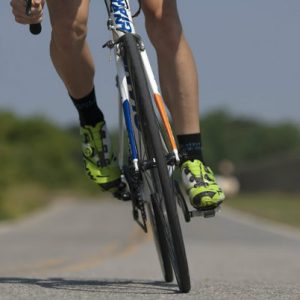 My Home Move’s Head of Legal Practice has just set off on a charitable bike ride which will see him cycle the length of the country.

In a bid to raise £10,000 for charity, Rob Gurney plans on cycling 1,000 miles across 12 days, having set off last weekend from Land’s End in Cornwall (03 September). The challenge will see Rob cycle through Wales and the West Country, past Liverpool and Manchester then through to the Lake District. When he reaches Scotland, Rob will then continue through Edinburgh and Inverness, before concluding his journey at John O’Groats on 14 September.

Prior to embarking on the challenge, Rob stated: The charities we help through the MHM Trust do such amazing work, supporting some of their country’s most vulnerable children and adults, all affected by issues of homelessness. Being able to take on these challenges is easy when compared to the difficulties faced by the children we support in India, and the service users in Manchester, Northampton and Leicester, who have often lost everything and are battling to rebuild their lives.

“I’d like to say a massive thank you to all who have sponsored me; including Isis Conveyancing Insurance Specialists, Purplebricks, Tepillo, People Value, Databarracks, Macleans Data, Talk Talk Business, Property Academy, Easy Property, LexisNexis and AFD Software. Due to their donations and sponsorship pledges we are on track to raise £10,000, over a third of our annual fundraising target.”

Through the MHM Charitable Trust, money is raised throughout the year by My Home Move employees to support homelessness charities in the communities in which it operates; including The Bridge Homeless Shelter in Leicester, The Hope Centre in Northampton, Mustard Tree in Greater Manchester and Snehalaya Children’s Home in India.

This is the third solo challenge Rob has undertaken to raise money for the MHM Charitable Trust. In 2014 he climbed Mt. Kilimanjaro and in 2015 he walked the 132 miles from Northampton to Manchester via Leicester, stopping off at each of My Home Move’s offices.

More information on My Home Move and its Charitable Trust activities can be found at www.myhomemove.com