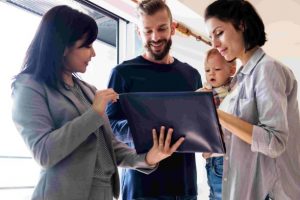 A group of national organisations have pleaded with the hopeful future leaders of Great Britain, Boris Johnson and Jeremy Hunt, to scrap the Right to Rent scheme which breaches human rights and causes racial discrimination according to the High Court.

Residential Landlords Association, the Joint Council for the Welfare of Immigrants and the3million, which protects EU citizens in the UK, have insisted that the Right to Rent scheme should be a parliamentary priority.

The ‘hostile environment’ policy, introduced by Theresa May when she was Home Secretary, can imprison landlords for up to five years if law enforcement agencies believe the landlords were aware or had ‘reasonable cause to believe’ that their tenants had no right to live in the UK.

The policies have led to many making preconceived judgements based on race with some landlords inadvertently and unfairly screening potential tenants.

The High Court perceived the policies as causing understandable racial discrimination, calling their actions ‘logical and wholly predictable’ considering the excessive sanctions they would be faced with if they made a mistake.

“The Right to Rent has been a failure. No one has been prosecuted under the scheme but it has created a great deal of anxiety for landlords who do not want to go to prison for getting it wrong. Landlords should not be used to cover for the failings in the UK Border Agencies.”

“Two-thirds of EU citizens in the UK live in private rented housing and will be affected if this failed scheme continues.

“We are already seeing that landlords are less likely to rent to anyone without a British passport, and uncertainty about Brexit added to the hostile environment will only increase the discrimination EU citizens are facing. We urge the UK government to scrap this scheme and end the discrimination.”

Chai Patel, Legal Policy Director of the Joint Council for the Welfare of Immigrants, said:

“The Home Office is now arguing in its appeal that it is justified in causing racial discrimination against British ethnic minority families struggling to find a home. It is arguing that black and brown British people’s dignity, humanity, and rights can be tossed aside to pursue Theresa May’s Hostile Environment.

“That cannot be acceptable in modern Britain. The new Prime Minister must commit to ending landlord immigration checks, and the discrimination they cause”.

Will the wannabe Prime Ministers use a policy like this to help their chances of becoming leader? What impact would the abolition of Right to Rent have on tenants?