MPs back “one peppercorn” ground rents for new builds 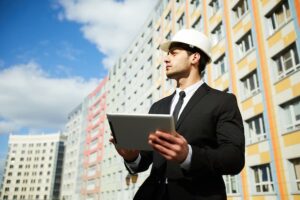 The Leasehold Reform Bill has been backed by MPs, passing its first stage in the Commons on Monday.

The bill was introduced to protect owners within shared buildings following a series of investigations and voicing of concerns from industry bodies that leaseholders are becoming financially trapped by fast-rising and disproportionate ground rent charges.

If it becomes law, the bill will ensure that leaseholders effectively pay no ground rent on new build housing going forward. But labour have criticised the government-backed plan saying that proposals should go a step further, and that selling houses without a freehold should be completely banned.

Shadow Housing Secretary, Lucy Powell, said leases for both old and new houses should be banned, commenting that it is a “scam on an industrial scale” and the bill does “nothing for those trapped” in existing leaseholds.

Although it is standard practice for a buyer of part of a shared building to own the property on a leasehold agreement (usually lasting up to 999 years), a 2018 report by Propertymark revealed that the arrangement is becoming increasingly common amongst those purchasing new-build homes. Many buyers now claim they have been mis-sold a leasehold by a developer.

In 2018 the government consulted on capping ground rent on leasehold houses at £10 a year, but the Leasehold Reform Bill has amended this, proposing that ground rents are set at “one peppercorn”, or effectively nothing, per year instead.

Housing Minister, Eddie Hughes, said in the House of Commons:

“Regardless of whether the ground rent is a nominal peppercorn or thousands of pounds, the fundamental issue is that no meaningful service is provided in return … we want to end this for new leases. That’s why we’re legislating, so that new residential long leases will have no financial demand for ground rent.”

Hughes commented that the current system had become “a nightmare for some” new-house buyers, and that under new proposals “instead, nothing more than an actual peppercorn can be collected from the leaseholder”.

Hughes also said that, while freeholders could “physically” demand the non-existent or nominal “peppercorn” payment, they were unlikely to do so.

“in its current form does not go far enough to create a real benefit to leaseholders, while potentially creating a distraction from wider reform”.

“It incentivises freeholders to offer toxic ‘informal lease extensions’ which provide an opportunity to replace the loss of ground rent with creatively written service charge clauses introducing a guaranteed fixed income. In the bill rent is defined as including anything in the nature of rent, whatever it is called. The Minister of State of Housing (Christopher Pincher) stated that this flexible definition of rent in the bill will deter freeholders or landlords from circumventing the new system by disguising ground rent as a different charge. On the basis that the only recourse leaseholders will have is costly litigation, it will not”, she said.

“The bill should be amended to ban informal lease extensions for existing leases, forcing the use of statutory lease extensions which would not permit changes introducing new charges. This bill will be championed as a success, and this can be used to distract from and delay the wider reforms promised by the government in ‘Part 2’ – referred to by a number of MPs as ‘the main course’. The government must commit to a time-line for the wider reforms before this bill is enacted, which they notably failed to do at this reading.”