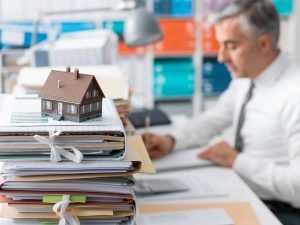 Mortgages dropped below the six-month average in October as political uncertainty continued to stifle market activity.

According to the Bank of England’s data, UK lending for October fell by 1.8% month on month to 64,602 mortgage approvals.

This figure remains almost 2,000 approvals short of the six-month average figure of 66,087.

The figures could be worrying reading for lenders considering the quarter three figures, recently published by UK Finance, suggested an already declining market; especially amongst homemovers.

The figures highlighted the importance of first-time buyers in the market with the 11,510 first-time buyer mortgages recorded in London in the third quarter of 2019 marking a 1.3% increase on 2018’s figures.

Similarly, first time buyers in Northern Ireland, Scotland and Wales all increased their completed mortgages by 6,7%, 1.6% and 4.1% respectively. Despite this stakeholder in the market continuing to increase, other buyers remain anxious in the current climate.

“For borrowers, the past few months have been one long Black Friday as the high street lenders compete for market share.

“Remortgage activity is especially strong, with rates on some two and five-year fixes borderline obscene.

“Approvals for house purchase were down slightly but October was a particularly fraught month so that’s no surprise.

“Transaction levels are simmering by historical standards, but given the environment we find ourselves in they are holding up well.

“The market is likely to remain in its current holding pattern until the New Year when we have more clarity on Brexit.”

Will mortgage completions and home moves continue to fall as we head into the next decade?