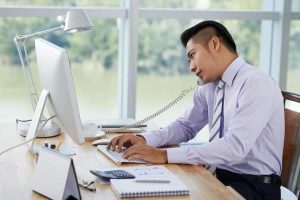 The government-backed 95% mortgage scheme is set to bolster the property market but conveyancers potentially face more pressure with busier times ahead for the property industry.

The Government announced in last month’s Budget a new 95% mortgage guarantee scheme that enables homebuyers to secure a mortgage with as little as a 5% deposit.

The new government mortgage scheme will see the Government underwrite the portion of the mortgage over 80% (so, with a 95 per cent loan, the remaining 15 per cent). Many in the industry believe it will be a welcome boost for first time buyers struggling to get on the property ladder.

However, experts in the field have aired their concerns following the announcement of the government’s new low deposit mortgage. It has been pointed out it is likely to put even more strain on property professionals – whilst already dealing with a bottleneck of transactions hoping to be completed before the extended stamp duty holiday deadline of the end of June.

“The recently announced ‘Boris Mortgage’ is on the face of it a welcome idea to bolster the property market. But with transactions at a near high again, there is a danger that this initiative will lead to overheating. Not just an issue for buyers in terms of ever climbing house prices but also in terms of more time added to the already sizable delays being seen at the back end of the transaction process.”

“If you thought that the 2020 property market was hot, add in a further stamp duty extension, low interest rates and now, a Government backed, deposit subsidised mortgage scheme and you can expect the temperature to rise even further in 2021.

“It’s great news for homeowners and those that believe that the economy, as it recovers from the pandemic, needs a strong housing market to help lift it out of purgatory.”

“Converting Generation Rent to Generation Buy is a noble initiative but not if it comes at the expense of wider market health.

“95% mortgage products in any shape or form take the market into pretty overheated, dangerous territory and we’ve previously seen the results of this kind of precarious lending to those who aren’t really in the financial position to commit to it.”

According to Statons, the number of 95% loan-to-value (LTV) mortgages has increased significantly in recent weeks, helping to fuel fresh demand for property.

Heather Powell, head of property at Blick Rothenberg feels the scheme has addressed a big issue in the housing market, she said:

“The government should be congratulated on implementing promptly a policy that has, for once, triggered a response exactly in line with their objectives…..”

“……….It is not only the current home-owners who benefit from an active housing market. A significant fall in activity in this, the largest element of the housing market, impacts on many businesses.

“Estate agents, surveyors, conveyancers, furniture and home furnishing retailers, their supply chains as well as local builders all depend on an active housing market. These businesses all contribute in turn to their local economy…..”

Many well known high street lenders have come forward to sign up for the mortgage scheme, which can be used for purchases of property with a maximum value of £600,000 and is open to both first-time buyers and existing home owners.

From today, first-time buyers will be able to borrow five and a half times their salary in the first mortgage deal of its kind for nearly a decade as Britain’s biggest building society, Nationwide, will offer borrowers with a 10 per cent deposit – giving people the opportunity to stretch their income so that they can afford bigger loans.

Prior to the banking crisis of 2007, some lenders allowed borrowers to take out up to seven times their income. Buyers have typically only been allowed to borrow four and a half times their income since the 2010s.

“The last thing anyone wants is a return to lenders enabling people to get mortgages for more than they can afford, but if they can genuinely take on a little bit more debt, surely that’s a good thing.

“We want to address one of the main barriers to getting on the property ladder — and that’s affordability.

“Through the pandemic we’ve seen quite a lot of people save more money to go towards a deposit, but still struggling to buy the house they want or need due to restricted affordability.”

Nationwide’s new mortgage proposes to help private renters get on the property ladder, they said:

“Many renters still aspire to own their own home, but affordability remains one of the key issues stopping many from getting on the housing ladder. In the last 10 years the average price of a first time buyer property has increased by 41 per cent, while the average income has risen by just 18 per cent.”

“In the UK there are nearly five million private rented households, but many of these renters have dreams and aspirations of buying a home of their own. However, with household incomes rising at a slower rate than house prices, many first-time buyers are finding it increasingly hard to get onto the property ladder.”

Housing minister Christopher Pincher says that the government has done a great deal to support the housing market and first time buyers and they are determined to help people get on the property ladder.

The Tory MP highlights in a column for Zoopla that there are now new options for first time buyers. He wrote:

“In a year that has tested us like no other, we have never felt more of a connection to the place we call home and the sense of security and comfort that comes with it.

“Recent polling has revealed that the desire for home ownership has increased during the pandemic with many people looking to take their first step onto the housing ladder.

“We recognise the challenges facing prospective first-time buyers and for many that dream of home ownership feels out of reach.

“That is why this week applications have opened for our 95% mortgage guarantee scheme – just one of a range of flexible home ownership schemes introduced by this government.

“Polling has revealed that 69% of private renters and 63% of people living at their family home struggle to find many mortgages with a low deposit.

“This will enable more households to access mortgages on both new-build and existing homes, without the need for large deposits.

“First-time buyers will be able to purchase a home with only a 5% deposit – meaning they can purchase their home having saved a smaller amount upfront.

“As we build back better from the pandemic, we are determined to do everything we can to support first-time buyers and the housing market.

“We are building more homes – in 2019 a pledge to build 300,000 new and attractive homes a year was announced with an investment of over £12bn in affordable housing over the next five years – the largest investment in a decade.

“Extending the aspiration of home ownership is a central mission of this government. The 95% mortgage guarantee scheme is another step in levelling up the country and bridging the home ownership divide.”