Two million people are mortgage prisoners due to cladding issues 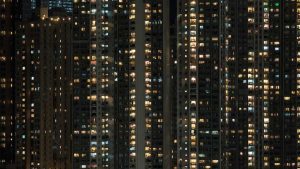 Statistics revealed by law firm Irwin Mitchell in their report focusing on cladding has revealed that almost two million people are mortgage prisoners thanks to cladding issues.

Cladding: A Way Forward has been compiled by residential property experts across the sector which comes complete with a ten-point plan on what can be done to help solve the crisis.

The report claims, that government policy and a distinct lack of joined up thinking is holding back the progress needed to fix the “cladding crisis” which was thrust into the limelight following the horrific fire at Grenfell Tower in 2017. It also claims that leaseholders aren’t being protected from bearing the costs of remediation, due to the government dragging its feet.

As well as those who are being penalised by the lenders, over half a million people (600,000) are currently living in high-rise buildings with dangerous cladding. According to the UK Cladding Action Group, the crisis is also having an impact on people’s mental health; according to a recent survey of those affected, almost a quarter of leaseholders surveyed (23%) have considered suicide or self-harm.

Despite this grim landscape, the House of Commons recently voted down a bill to protect leaseholders from being saddled with huge fire safety costs, which can run up to hundreds of thousands per leaseholder – suggesting there’s a long way to go until the cladding crisis is resolved.

Experts at Irwin Mitchell say the report is a clear call for change – that the Government needs a consistent strategy towards how it handles the situation for years to come. The Government had made £5 billion available to redress the issue so far, but experts predict this figure is needed to be three times that.

“The cladding crisis isn’t going anywhere and the Government’s measures, while a step in the right direction, don’t go far enough as our expert panel agreed.

“People need to be safe and secure in their own homes without the fear that they’ll be shouldered with much of the remediation and ‘waking watch’ costs, as they have largely been thus far.

“Our ten-point plan is a clear roadmap on the action points the Government and residential property sector needs to consider for solving the crisis once and for all, rather than  leaving unsuspecting leaseholders footing the bill for unrealistic and financially crippling amounts.

“At the end of the day, the cladding crisis cannot be solved without a cross-party and cross-sector consensus on putting blame aside and finding a way forward.”

The ten-point plan for the cladding crisis